Home to the ancient Romans and overflowing with mind-whirring history, Italy has a long and well-preserved past. But it’s not all Renaissance and Romans here. Here’s our list of the top 15 enchanting places you need to visit in Italy for the ultimate fairy-tale getaway.

In Italy you can find nonnas serving some of the best food in the world and the birthplaces of some of the greatest artists ever to have picked up a paintbrush. But aside from the culture, Italy is also home to many magical spots that look like they’ve been plucked straight out of a fairy tale. Read on. 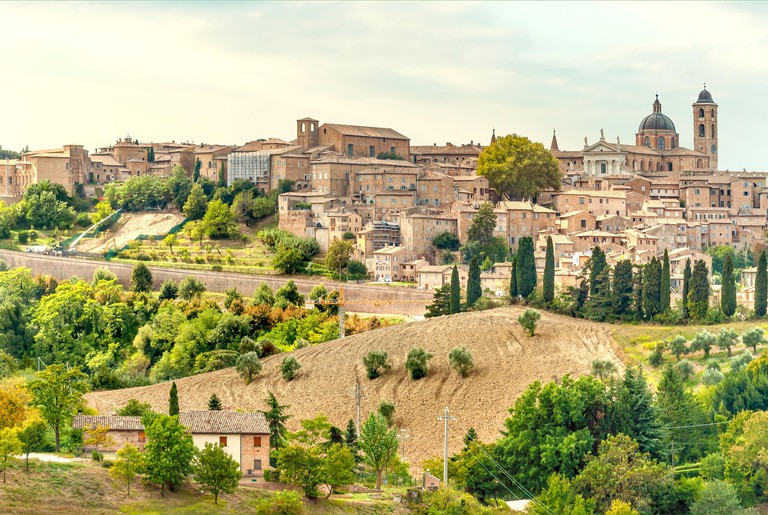 Since its cultural renaissance in the 15th century, artists have flocked to the centre of Urbino in the pretty Marche region. Some of Italy’s most famous painters and architects were born there: Federico Barocci, Sandro Botticelli and Raffaello Sanzio (aka Raphael), to name a few. Towering castle-like buildings reach dizzying heights, peeping over mystic mountains for miles around. This cultural capital is a real undercover treat and a must-visit for those who want to experience a small slice of age-old Renaissance Italy. 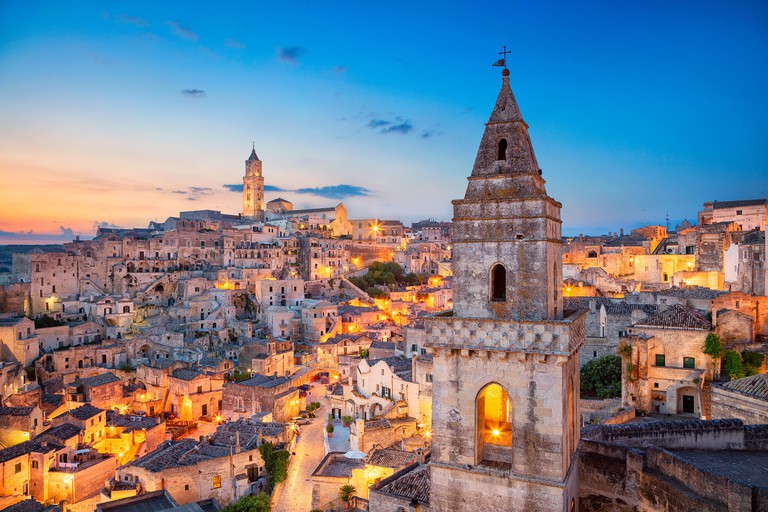 A city of stone, dripping in history and one of the first places in the world that humans supposedly chose to settle, Matera is a European diamond. Set in a canyon carved out by the Gravina River, it offers spectacular views that can be ogled from the maze-like pathways and narrow streets that make up the city. There’s a reason many movies have been filmed here: its 360-degree postcard-worthy backdrop, coupled with the stone architecture, make it a unique setting. 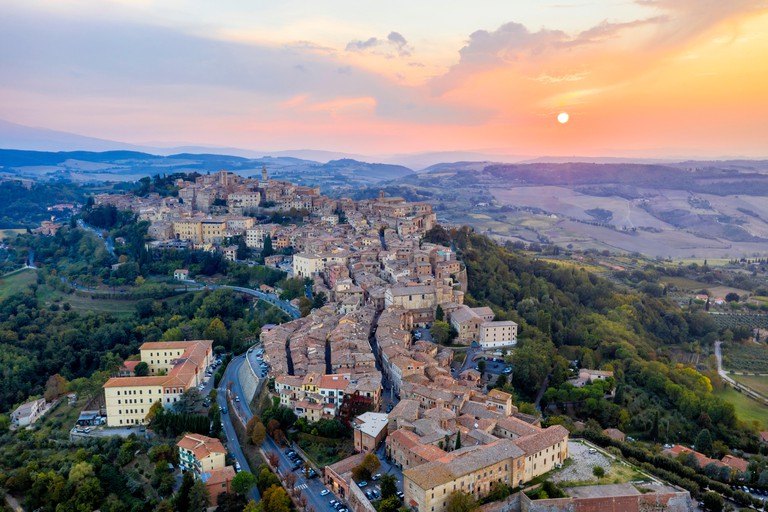 Sandwiched between Val d’Orcia and Valdichiana in a little corner of Tuscany, Montepulciano is the perfect viewing platform from which to enjoy the Tuscan countryside. Streets are lined with Renaissance palazzos, and a cathedral has watched over from the highest point of the town since the 16th century. It’s not just a treat for the eyes, though; it’s one for the tastebuds, too. Montepulciano is renowned for being one of the finest winemaking regions on the planet. Its Vino Nobile, produced from the grapes grown in the surrounding vineyards, is a must-try and one of Italy’s most reputable reds. 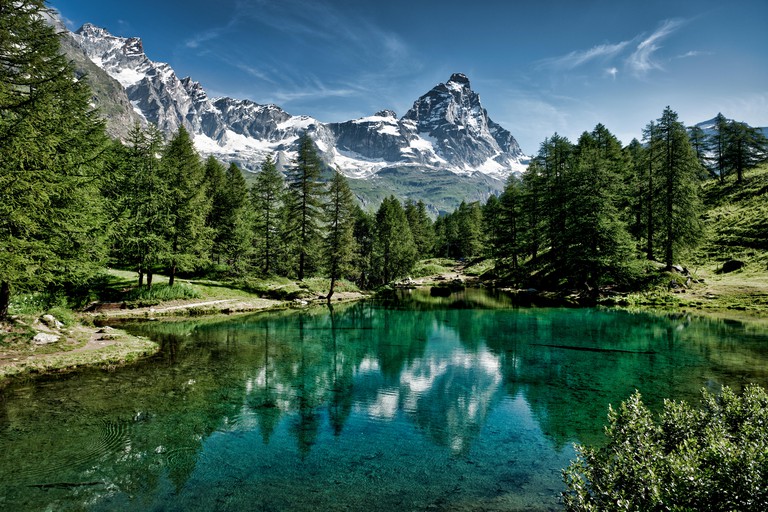 The mountainous Aosta region is at the core of the Alps. Perched on the Italian border with Switzerland and France that peek over from either side, it’s a hotspot for keen skiers and snowboarders. Snow-dusted mountains make for picture-perfect scenery, and Disney-esque castles pop up throughout the region. Cycle routes are in abundance here, and the hiking opportunities are endless. Aosta is a real nature lover’s paradise. 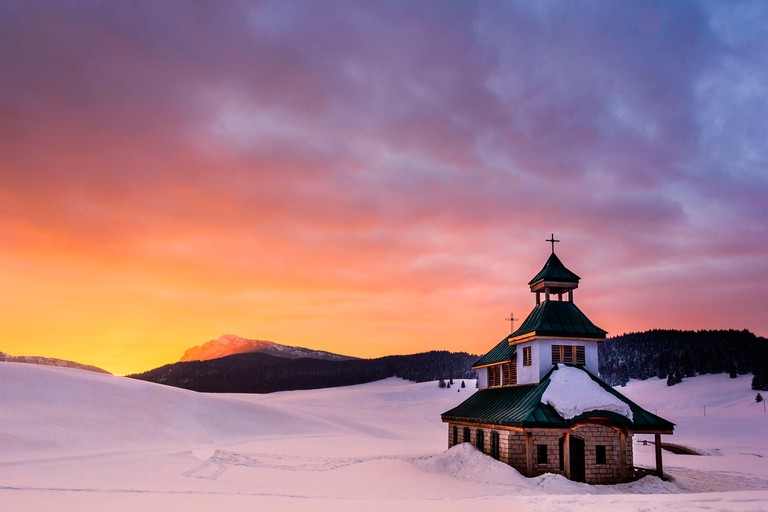 Set in the heart of the Italian Alps, Trento sits just below the Unesco World Heritage-listed Dolomites along the Adige River. It may be a wonderland in winter, but it’s a treat to visit no matter the season, with the landscape offering something different month after month. You can get lost in the alpine woods, meander between the snow-sprinkled mountains or take a hike around one of the nearby sparkly lakes. Trento is really rather special. 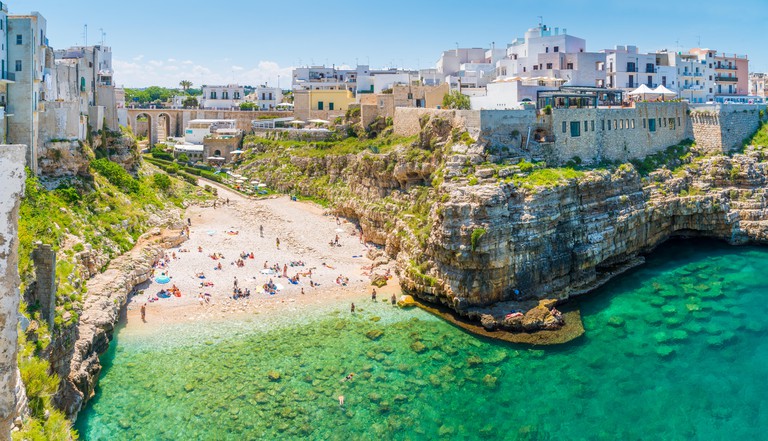 Sat atop a limestone cliff overlooking the dazzling Adriatic Sea, Polignano a Mare is one of those straight-out-of-a-movie spots. Said to date back to the 4th century BCE, this pretty village is rich in history, which is easy to reimagine while wandering through its old-world streets. A pocket of beach is flanked by craggy cliffs, and whitewashed houses are planted delicately along the clifftop, many of which boast terraces with ocean views. 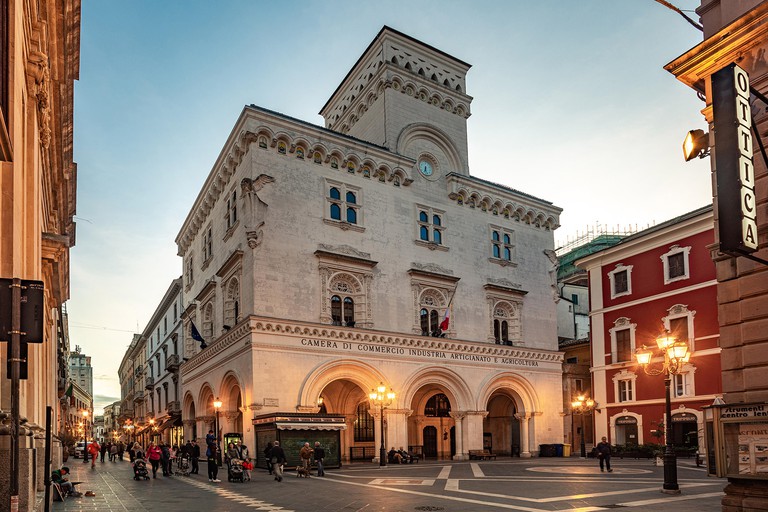 This ancient Italian city, Chieti in Abruzzo, is a secluded spot between the valley of the Pescara River and the Alento River. Views of the city below can be admired from the surrounding Maiella and Gran Sasso Mountains – some of the highest peaks in the whole of the Apennine range. Greek mythology writes that this magical city was created by the hero Achilles, and it’s said to date all the way back to 1181BCE. 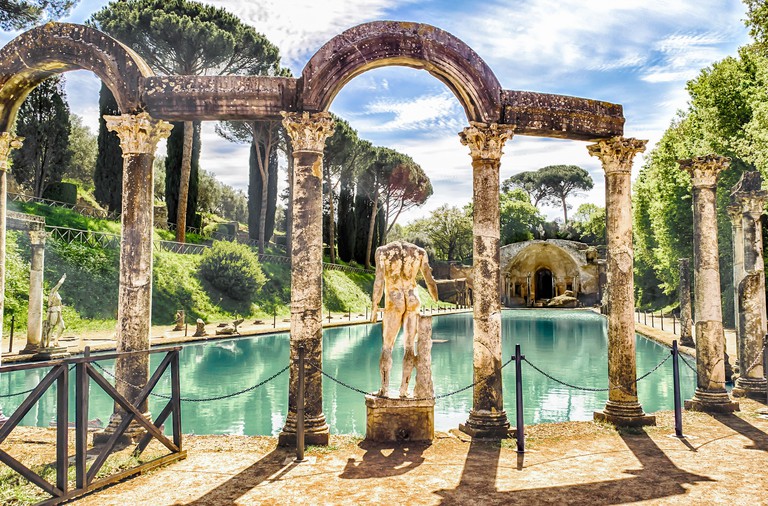 A small, regal city with two Unesco World Heritage sites to its name, Tivoli is an unmissable Italian town 20km (12mi) west of Rome. Famed for its immaculate gardens and fountains, Tivoli was once a summer hotspot for Romans and the rich. Renaissance architecture, emerald green pools of water and perfectly manicured gardens are just a handful of the delights that draw visitors to this spectacular town year after year. 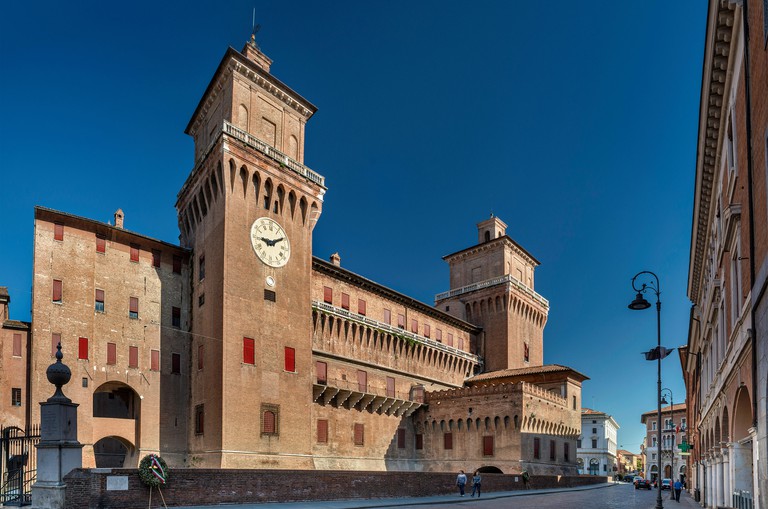 Packed with elegant architecture and inviting stony lanes, Ferrara is a delightful city situated in northern Italy just above Bologna. As though it’s been taken straight out of a fairy tale, a towering castle stands proudly in the city centre, which also links to a 13th-century palazzo via a connecting passageway. The city used to be protected by an ancient moat and walls, most of which are intact today. 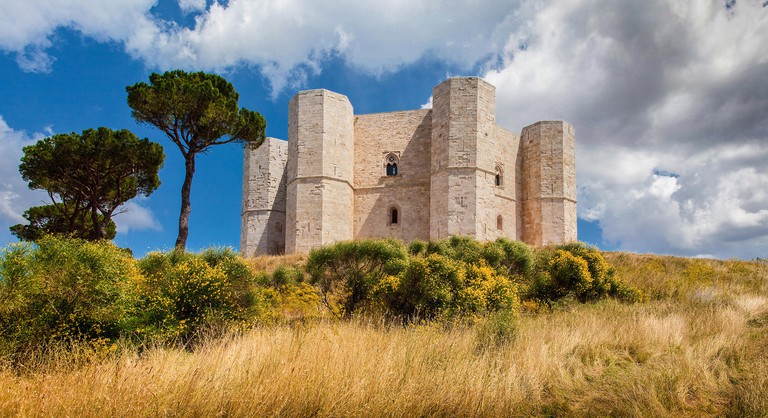 The Unesco-listed Castel del Monte is an isolated medieval castle in the pretty region of Puglia. Surrounded by miles of nature, it would make a perfect home for Snow White. Built in the 13th century, in the shape of an octagon, it’s known as one of the most beautiful castles in the whole of Italy and is a must-see if you’re down in this part of the country. 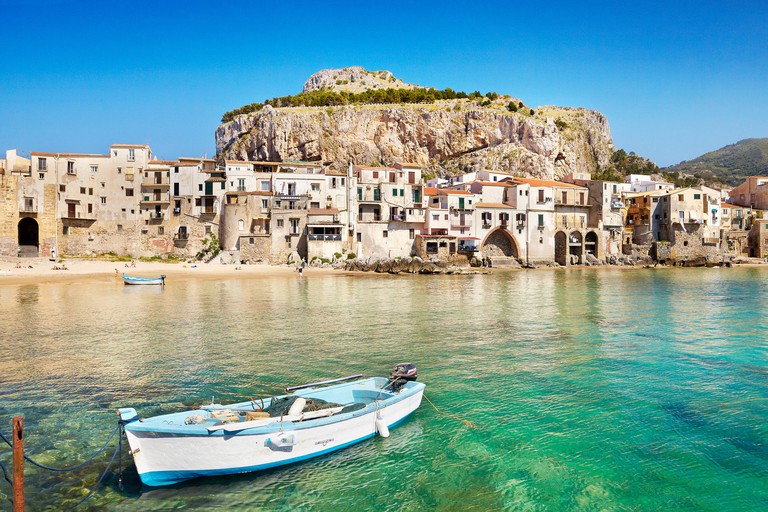 Cefalù, a coastline town in northern sun-drenched Sicily, is the ideal place to visit if you want to bask in the sun or go for a swim. But there’s more to this town than just sun and sea. Restaurants serving freshly caught seafood line the medieval streets, and its cathedral might just rival any other cathedral in the country. Magnificently beautiful, it’s embellished with meaningful carvings and depictions, and if you make your way to one of the viewing points inside the castle, you can enjoy panoramic views of the surrounding Tyrrhenian Sea. 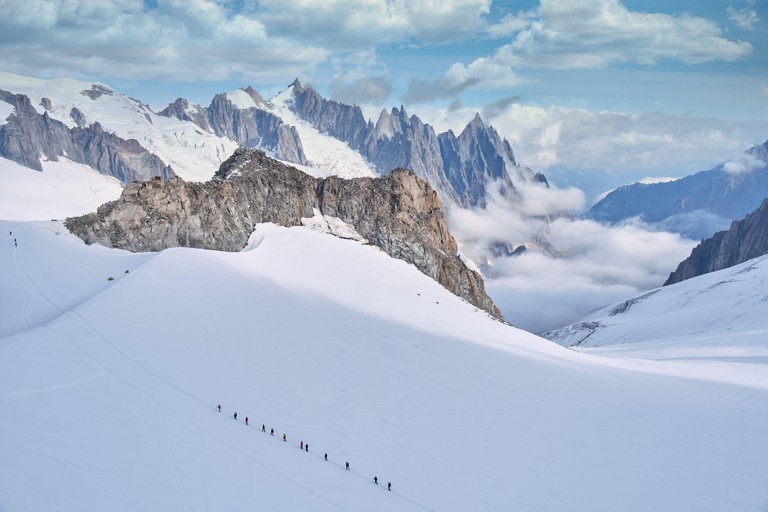 For those who live for mountain escapes, look no further than the Alpine resort, Courmayeur. Situated inside a natural valley near the border of France, Courmayeur is abundant with mountainous walking trails complete with spectacular views for as far as the eye can see. With more than 160km (100mi) of snowy slopes to race down, it’s no surprise that avid skiers flock here to enjoy the fresh pow. If you’re feeling brave, you can even zoom down Mont Blanc, Italy’s highest peak. 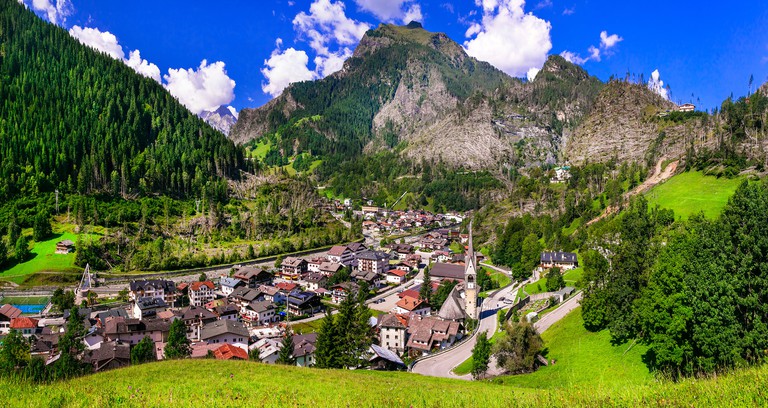 Dubbed the Queen of the Dolomites, Cortina d’Ampezzo is a dainty town in the northern Italian province of Belluno. Sheltered by soaring mountains, this pretty hamlet is a perfect place to venture if you’re craving fresh air and nature-fuelled pursuits. Skiing, cycling, kayaking and even horse riding are among some of the most popular activities you can enjoy here, and the Natural Park of the Ampezzo Dolomites offers a gateway to countless scenic walking trails. 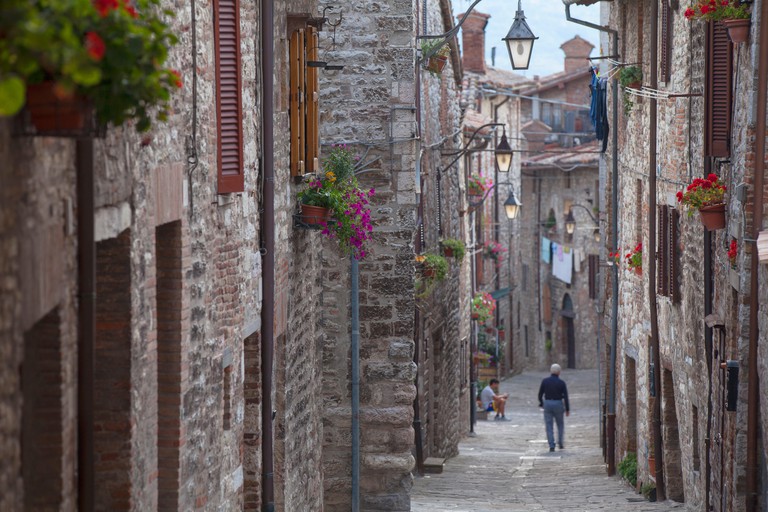 Retrace the steps of the ancient Romans in the historical town of Gubbio. Dating back to the Etruscan era, it was once known as the city of Iguvium and is renowned for its medieval architecture. Rustic palaces, cathedrals and churches line the cobbled streets along with gothic-style houses complete with signature wonky roofs. Grab your camera and hop aboard the cable car to get an insta bird’s-eye view of the town. 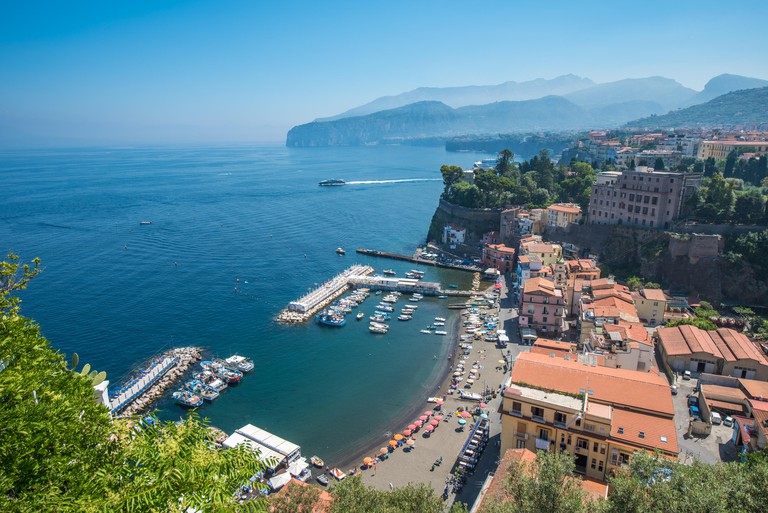 Perched atop a cliff along the Mediterranean Sea, Sorrento is a romantic coastal town with magnificent views of Mount Vesuvius. Famed for its lemon trees, Sorrento produces the best limoncello in the world. Legend has it that the mythological Sirens used to reside here, too, tempting passing sailors in with their melodic song and causing shipwrecks on the rocky shorelines.

The Most Beautiful Towns in Umbria, Italy

Reasons Why You Should Visit the Cinque Terre, Italy