We look beyond Carnevale, Palio and the Biennale to bring you Italy’s best under-the-radar festivals and events.

Italy’s most famous festivals, such as the Palio of Siena and the Venice Biennale, get all the attention from tourists. We think it’s time to explore a little further afield and discover the bel paese’s lesser-known and under-appreciated festivals. On your next trip, join the locals at one of these unique events.

San Gennaro is the protector and patron saint of Naples and every year on his feast day, September 19, the city celebrates in his honour. A statue of the saint is carried through the streets and the faithful gather in Naples Cathedral, hoping to witness a modern-day miracle. The church holds two vials of San Gennaro’s blood and, after an hour of intense prayer by the congregation, they miraculously liquefy. If the blood stays solid, it is thought to be a bad omen for all of bella Napoli.

Every autumn since 1925, the medieval town of Marino, which is located just outside Rome, celebrates the Sagra dell’Uva. The town’s cobbled streets fill up with market stalls, street performers and, most of all, partygoers. There are religious processions and historical re-enactments but the main event is the wine flowing from the fountain in the main piazza. Fill up a cup for free and enjoy. 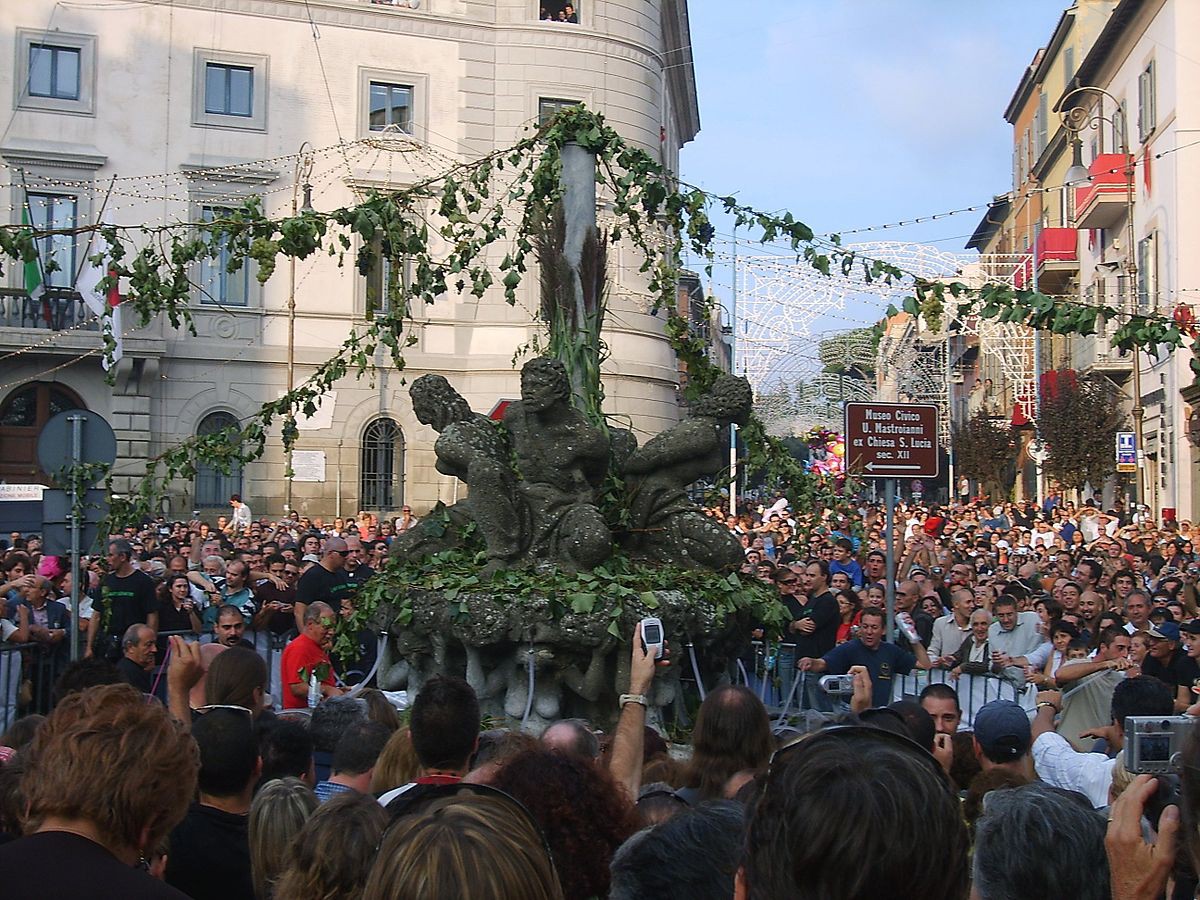 Perugia is famous for its chocolate and every October over one million visitors head to the city for the nine-day EuroChocolate festival. The open-air event takes place in the central streets and piazzas, and features food stands, free tastings and workshops, as well as plenty of opportunities to stock up on your favourite brands. Don’t miss the skilled sculptors, who carve giant blocks of chocolate into edible artworks.

A number of infiorate take place across Italy but that of Genzano in Lazio is perhaps the most famous – and the most ancient. The annual flower festival is held on the Catholic holiday of Corpus Christi and sees the streets of Genzano carpeted with elaborate artworks made of petals. After three days of gorgeous floral artistry, local children are given the go-ahead to run amok and destroy the displays. In 2018, the festival celebrated its 240th edition. 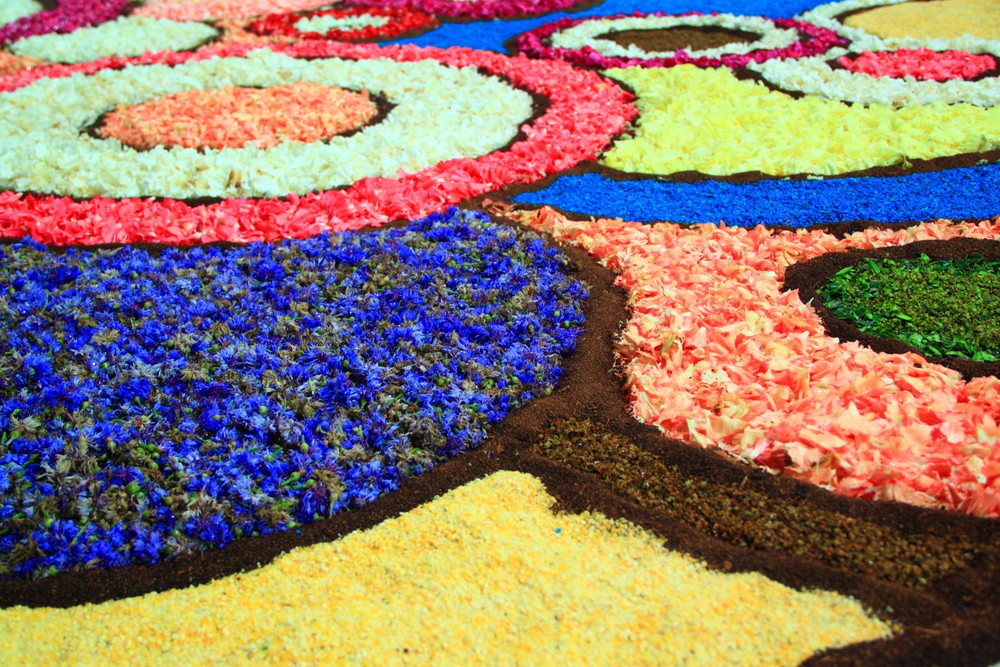 The Sagra degli Agrumi marks the end of the citrus season in the town of Muravera in Sardinia and, as you might expect, features all kinds of local delicacies and delicious citrus foodstuffs. More surprising, though, are the grotesque and terrifying furry monsters that rampage through the town. This parade of animal-like creatures is thought to have descended from the pagan rituals once performed by the island’s ancient farming communities. 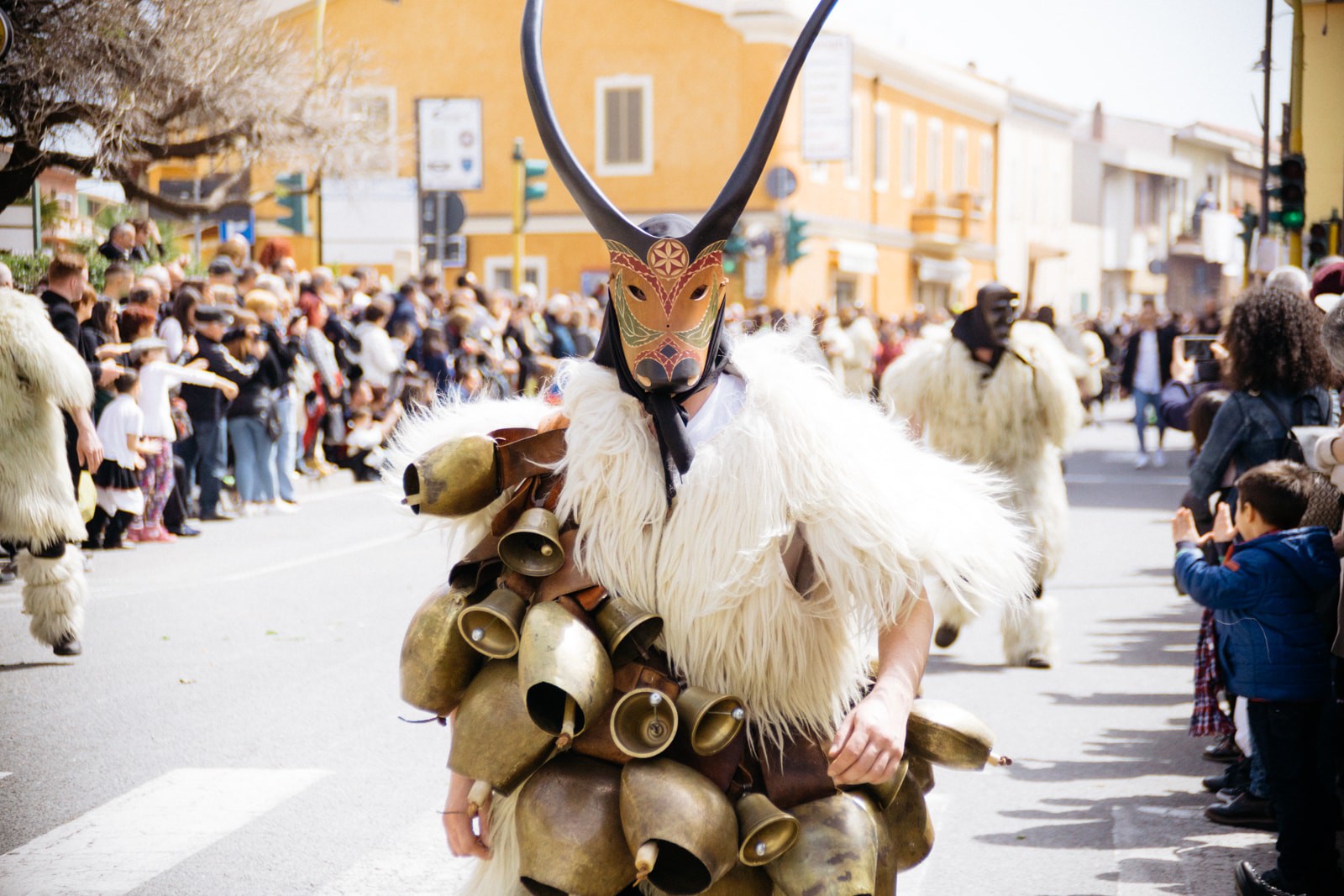 Every July, singers, musicians and music-lovers descend on the city of Perugia for the 10-day Umbria Jazz festival. Since the event’s founding in 1973, world-class artists such as Chet Baker, Miles Davis and Dee Dee Bridgewater have played to the crowds. It’s not just names from the world of jazz either; Elton John, Lady Gaga and even Prince have all made appearances too. Concerts take place at piazzas, gardens, pubs and bars across town, as well as at the Arena Santa Giuliana, Teatro del Pavone and Basilica Papale di San Pietro.

Held on the last Saturday of June, the Game of the Bridge takes place on the oldest bridge in Pisa, the Ponte di Mezzo. Teams representing neighbourhoods north of the Arno River compete against teams from neighbourhoods to the south of the river in a tug of war competition across the bridge. The team to win the most battles (by pushing an iron cart over to the opponent’s side) earns the adoration of the crowd and bragging rights for the rest of the year. 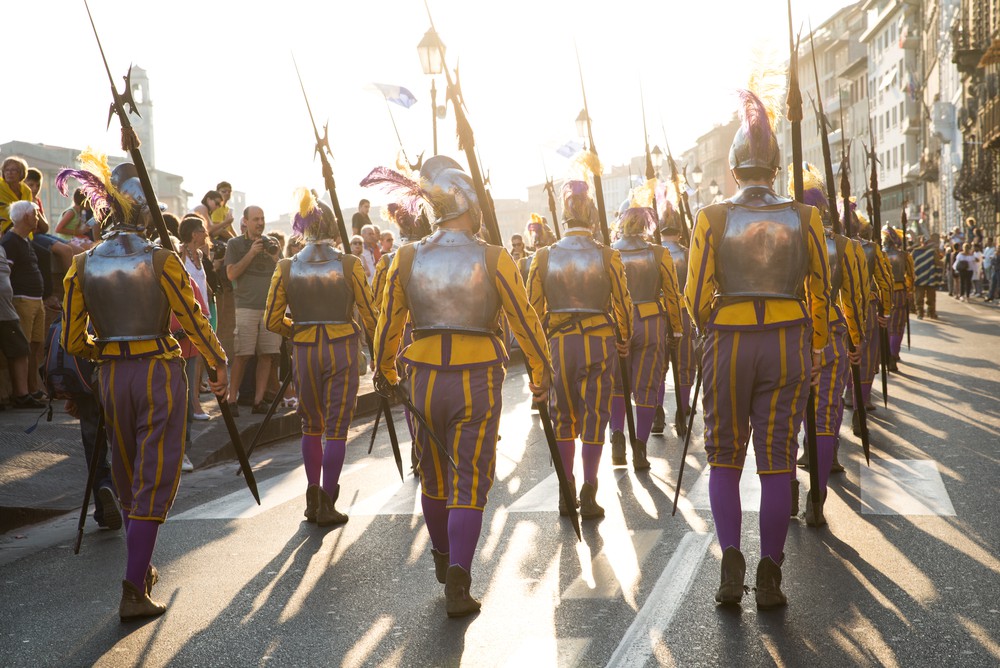 Alba’s white truffle fair, held annually throughout October and November, celebrates one of Italy’s most treasured, and decadent, ingredients: the truffle. The Piedmont region is famous for its particular type of white truffle, as well as other delicacies like Barolo wine and meat-stuffed agnolotti pasta, making this the perfect event for foodies. Be sure to bring a full wallet, as one kilo (35 ounces) of tartufi bianchi can cost between €2,500 (£2,217) and €5,000 (£4,435), depending on the year’s harvest. 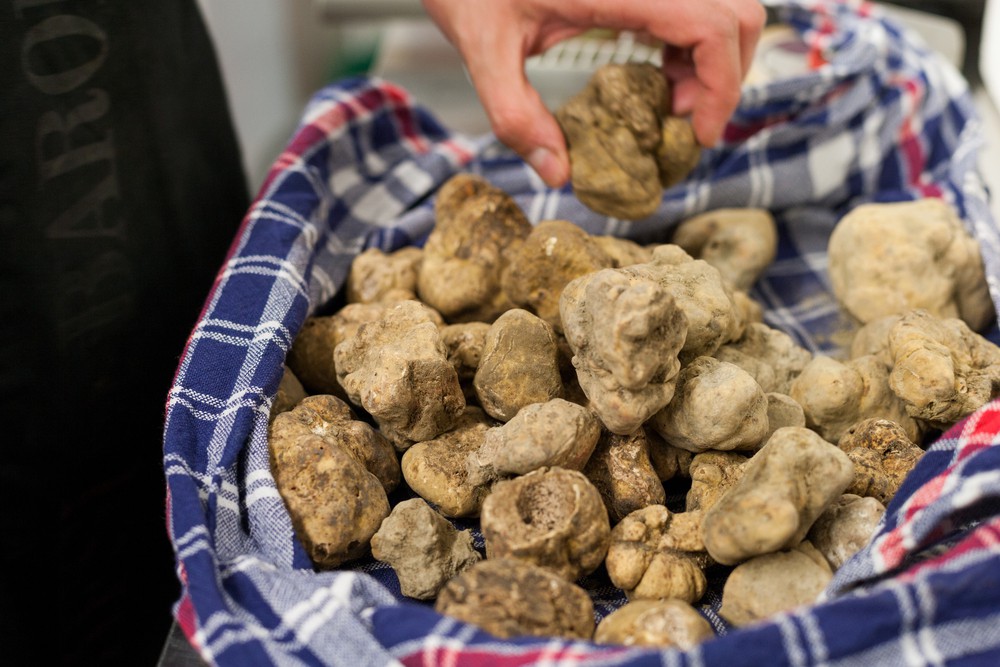 On 15 May each year, the town of Gubbio in Umbria celebrates its patron saint, St Ubaldo, by hosting an unusual type of race. The bizarre spectacle involves the towns people carrying five-metre (16-foot) wooden ‘candles’ through winding medieval streets to the top of Mount Ingino, which overlooks the town. Though the participants – dressed in yellow, blue or black, depending on their team – run as fast as they can, the starting positions never change and so St Ubaldo’s team always wins.