Canada is filled with bucket-list attractions for lovers of nature and the great outdoors. Here are the 12 best natural wonders to see in Canada. Our planet is home to some incredible wonders, but nothing is quite as bizarre as Canada’s so-called Spotted Lake in British Columbia. Just 4.5 hours from Vancouver, the polka-dotted body of water consists of over 300 pools of concentrated minerals that give the water its unique colour. If you want to visit this alien-looking sight, be sure to plan your trip carefully. The natural phenomenon only occurs in the summer when the water evaporates. As the weather heats up, the spots will change in size and colour, ranging from blue, green and yellow. Aside from looking cool, the lake is a sacred site for the First Nationals People of the Osoyoos area who have used the lake for healing for centuries. If you’ve ever seen a picture on Pinterest of a beautiful lake surrounded by mountains with frosted tips, there’s a very good chance it is this one. Nestled within Banff National Park in Alberta, is the breathtaking Moraine Lake, also known as the Valley of the 10 Peaks, a name that refers to the 10 beautiful mountains you’ll see towering over the glacial water. If you’re sceptical the colour of that lake is the same in real life as the mesmerising imagery, don’t be. That famously vibrant water is a gift from Mother Nature and comes from the silt created by the grinding rocks at the bottom of the lake – giving the water its distinct, magical tone. At the turn of the 20th century, a 63-year-old woman went over the rushing waters of Niagara Falls with just the protection of a barrel – and lived to tell the tale. Although we don’t suggest you attempt this, we highly recommend experiencing the magnificence of North America’s OG tourist attraction for yourself. Straddling the US and Canadian borders, Niagara Falls is a geological wonder that’s 12,300 years in-the-making. Even the proudest New Yorkers will admit it’s far more spectacular from the other side. Horseshoe Falls (also known as Canada Falls) is the largest of the three waterfalls that collectively form the monument. Usually year-round (but currently closed due to Covid-19) is Journey Behind the Falls, an amazing way to get the best views of the falls with a series of platforms and tunnels right in the heart of the splashing action. If you ever find yourself in the dense forests between Tulita and Norman Wells, be careful where you step. There are dozens of sinkholes in the Sahtu Region, but none are quite as impressive as the Bear Rock Sinkhole – with its plunging sides and deep aquamarine waters. According to scientists, the sinkhole was formed when a subterranean cave collapsed, but for the Indigenous Dene people, Bear Rock is a highly sacred sight. According to legend, a mythological figure known as Yamoria killed giant beavers who were terrorising the people, hanging their skins on the rock. 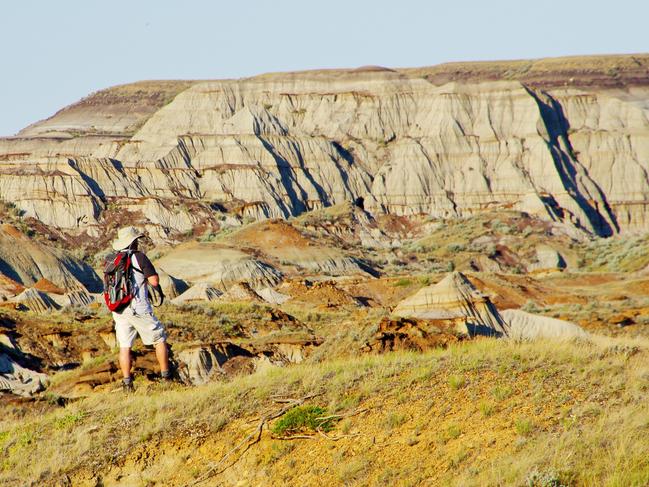 If you were to visit Dinosaur Provincial Park some 75 million years ago, you would have been walking through a subtropical paradise thick with jumbo-sized plants and, yep, dinosaurs. Now a UNESCO World Heritage Site, the heart of Alberta’s Badlands contains some of the most important fossil discoveries ever made, as well as the bones of 35 species of dinosaurs. Over 150 complete dinosaur skeletons have been unearthed at this real-life Jurassic park, and more are still being discovered. When you visit, you’re welcome to fossick for dinosaur remains, no palaeontology degree required. When it comes to viewing icebergs, this is the spot. Every year in summer, the stretch of ocean along the coast of Newfoundland and Labrador hosts a parade of dramatic ancient icebergs, which have broken off in chunks from the coast of Greenland. Some of the ice giants are over 10,000 years old, and while they’re treacherous to sailors and ships, they’re seriously cool to photograph. Iceberg Alley is best seen in April through to June, and can be appreciated from the land or on an organised boat tour. Want to see what Vancouver Island looked like before the arrival of European settlers? Deep within MacMillan Provincial Park, 175km north of Victoria (British Columbia’s capital city) are rare and endangered remnants of an ancient Douglas fir ecosystem. The biggest trees in the grove are around 800 years old and measure over 75 metres in height and nine metres in circumference. If you look up, you’ll notice the treetop canopy looks similar to the ceiling of a Gothic cathedral. And like a cathedral, visiting the trees is an inspiring and sacred experience. It’s hard to believe now, but about 55 million years ago Ellesmere Island was a wetland forest. You won’t find any palm trees or tropical weather today, but there are still remnants of ancient tree stumps with an incredible fossil forest. As it’s one of the remotest places on earth, it’s not an easy task getting there. But once you arrive it will just be you, the great outdoors and perhaps a few polar bears. 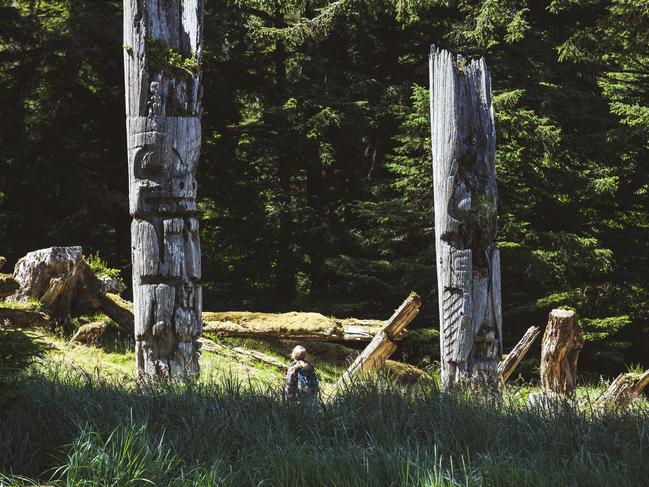 Remote, beautiful and home to an abundance of wildlife is the Haida Gwaii archipelago (also known as the Queen Charlotte Islands). The laid-back coastal region is characterised by pristine stretches of temperate rainforest, long sandy beaches and spectacular alpine mountains. It’s also home to Haida communities who work hard to protect the regions’ natural habitat and First Nations culture. Many have dubbed Haida Gwaii as Canada’s answer to the Galapagos, for its endemic wildlife and unique species like the Sitka deer and Haida Gwaii black bear. When you visit, avoid making an itinerary – instead let the island shape your experience. Picture: Destination BC 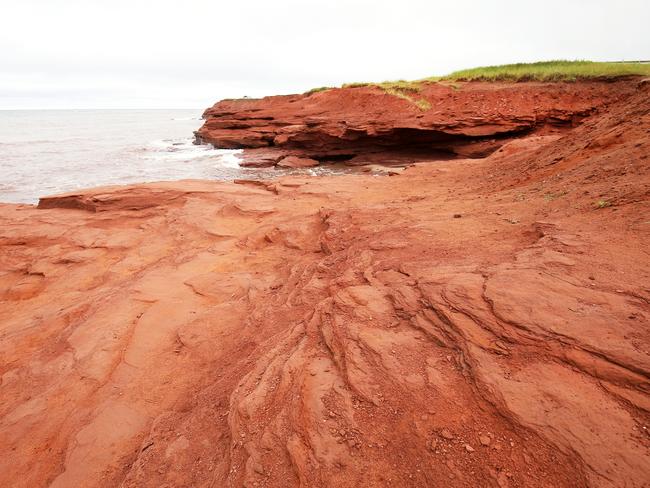 Run your toes through the rose-tinted sands of Cavendish Beach, one of the many spots along Prince Edward’s coastline emblazed with rouge cliffs, clay roads and beaches. The sand takes on a distinctive bloody hue from an abundance of iron in the soil. But these red sands are not the only star of the region; the white sands at Basin Head are known as the “singing sands” for the sound they make when you rub them together. 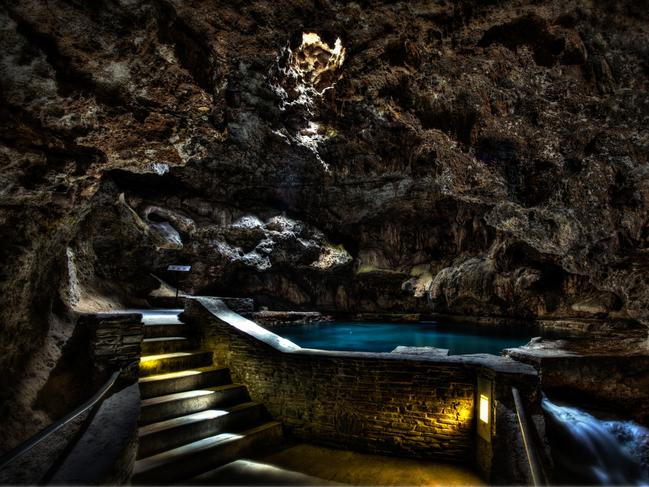 Away from Banff’s bustling town centre is one of Canada’s best kept secrets. In 1883, railway workers stumbled across a cave and its thermal waters – little did they know they had just discovered Canada’s first national park. Start your visit with a Discovery tour and explore the historic architecture and underground cave that inspired the creation of the national parks system. Be sure to check out the boardwalks surrounding the site and keep an eye out for wildlife in the thermal springs. Picture: Graham Twoney If mesmerising ribbons of colour swirling through the night sky is your idea of a must see experience, then we’ve got you covered. The aurora borealis (aka Northern Lights) can be seen in many countries, but Canada’s at an advantage with its close proximity to the North Pole and dark, clear skies in the Yukon, Nunavut and the Northwest Territories. The best chance to catch these dancing rays of light is during the first few weeks of winter.

8 Best Things to do at Maligne Lake, Jasper, Canada