So what is a stroopwafel that seems to be so good? Stroop is syrup, so now you probably know what they are. A stroopwafel is made of two thin layers of baked dough with a caramel-like syrup filling in the middle. The layers are two round halves of dough waffle, with a diamond pattern. Originally stroopwafels had a diameter of about 10 centimeters, but nowadays they are available with diameters of 5 to 25 centimetres.

Where does the stroopwafel come from? These days they are eaten all over the world, but the Netherlands is the number one country for eating stroopwafels. This isn’t strange because this Dutch product originated in the Netherlands.

To be more precise, the stroopwafel was first made in the course of the nineteenth century in the city of Gouda. Gouda is a city close to Den Haag and Rotterdam and you probably know this town for another typical Dutch product, Gouda cheese.

At that time stroopwafels were made from old biscuit crumbs, leftover dough and syrup, and were therefore very cheap. For this reason, in the 19th century they were called ‘armenkoeken’.

How do I eat a stroopwafel? Stroopwafels are sold in two ways: on the streets and in the supermarket. The first one is my favourite! When you go to a local market you find stroopwafel stands with freshly made stroopwafels. This means the syrup is still warm and the waffles are really big.

So what do you do when you have bought your stroopwafels in the supermarket and you still want the warm and delectable stroopwafel experience?

The Dutch really enjoy eating stroopwafels. We like them so much that we have started using them in other food. So now we have: In 2015, the stroopwafel made its entry in the aircraft. On different airlines it was served. And since then the popularity grew!

Now the stroopwafel is famous! 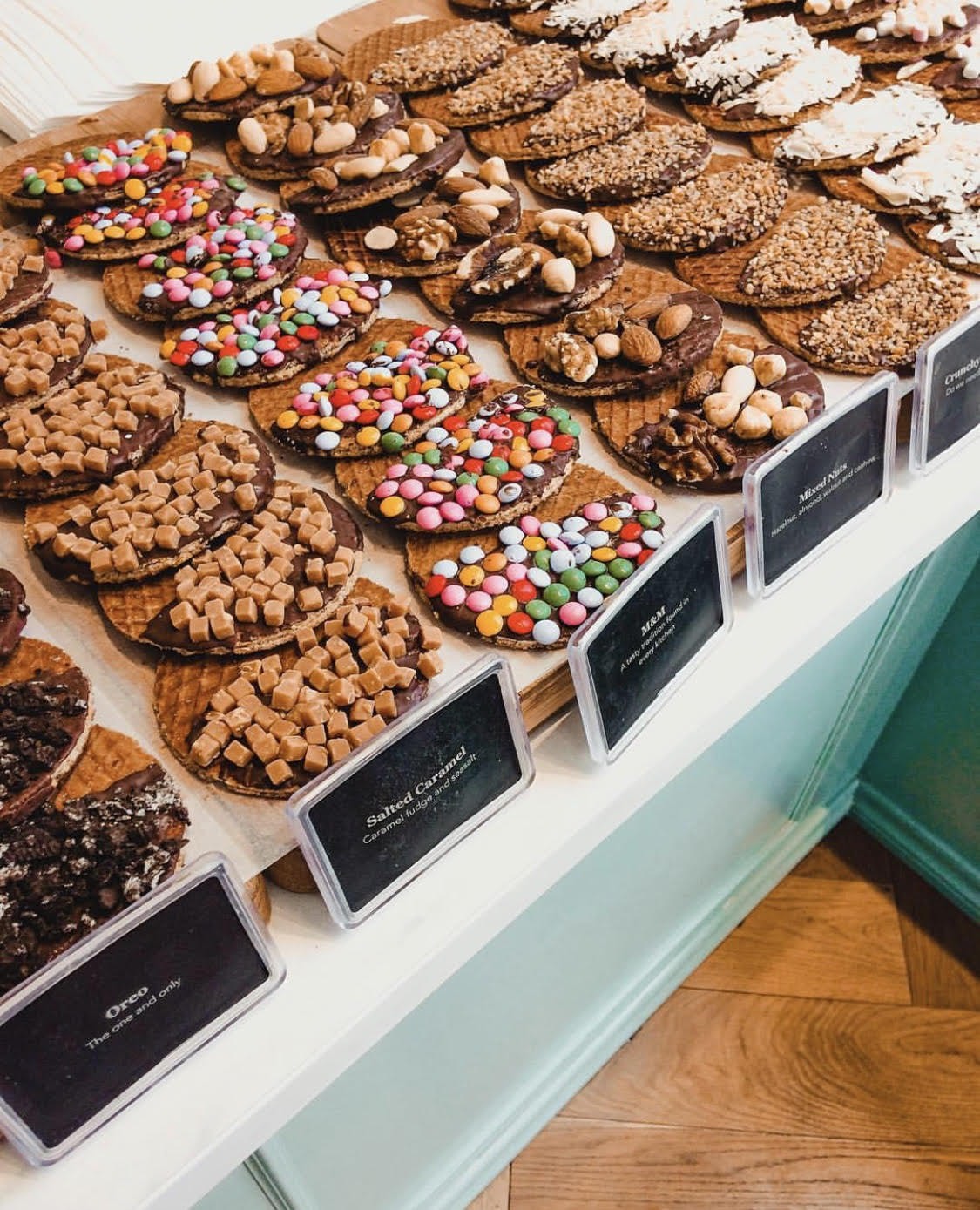 Sounds great right? This is the name of a Dutch band. This band from Rotterdam started in 1979 and is still performing!

The Amazing Stroofwafels never had a big hit record, but their 1981 song Oude Maasweg is now considered a classic in Dutch music.

And no, they their songs aren’t about stroopwafels…

More about stroopwafels and Dutch food

There’s a good chance you feel like eating a stroopwafel right now. I know I do! If you are lucky there’s a store close to you where stroopwafels are sold.

If you want to learn more about the vocabulary of Dutch words, you can watch this video about Dutch food.

You think you are an expert on Dutch food? You can do the test here to see how well you know Dutch food?

Food For Thought When You Visit The Netherlands