In Asheville, North Carolina, the population of bears is booming, and in turn, they have come to live with the people, it seems. For Patrick Conley, starting in the late summer of 2017, a bear family started visiting him regularly, almost becoming like family themselves.

In the video, a black bear named Simone appeared behind the trees. She was a regular visitor to his house, but this time she didn’t come alone.

She stopped and looked back to the trees, then a litter of cubs showed up and ran to their mother. That excited Patrick a lot as this was the first time she brought her cubs to his place, even though she has been around there for years. 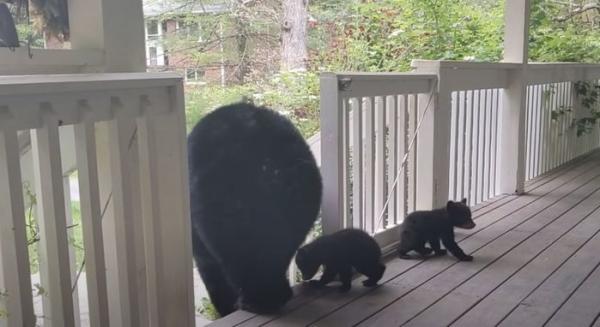 The bear and her two cubs slowly approached the porch. Mother bear sniffed around to check the place, then let the cubs climb in. They carefully but curiously explored the new place.

Both of the cubs run to the nearest tree to climb and play with each other, but the mama bear stays close behind. After a while of roaming, climbing, and playing, Simone tells her fresh cubs it is time to go home. The three head back to the forest to go home.

Think of bears, many will imagine a big, aggressive and dangerous animal. However, they can also be soft and gentle if they consider humans as their friends. Patrick Conley and his bear friend – Simone are a fine examples of this. They have spent years building up mutual trust each time Simone came to visit his place, and this time she showed him her offspring as an action to prove their friendship.

Patrick notes that Simone is looking well-fed, and considering how close they all got to him, they will be back soon, which he looks forward to.

“The cubs are the cutest things to ever have walked these woods, but then I’m kind of biased.” 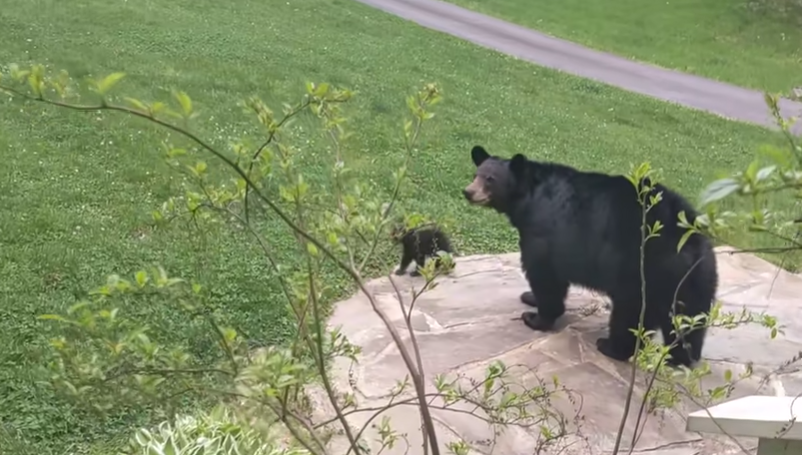 Patrick and Simone were already close friends, that’s the reason why he might feel like he was just officially introduced to new members of Simone’s family.

In Asheville, the black bear population is blooming partly due to their adaptation to living with humans.