With silky-soft sandy beaches and crystalline waters teeming with dolphins, sea turtles and stingrays, Lampedusa is a heavenly spot for scuba and snorkeling – or just enjoying slow-paced island life with an aperitivo in hand.

The tiny island of Lampedusa is the largest of Italy’s Pelagian archipelago, a series of three small islands that fall under the jurisdiction of Sicily but belong to the African continent. Around 286mi (300km) southwest of Sicily, it’s geographically and climatically closer to North Africa – plonked in between Malta and the coast of Tunisia. Known for its fine-sand beaches, dolphins and loggerhead sea turtles, this gorgeous destination has all the Italian touchpoints you crave (think gelato, Vespas and kick-ass espresso), plus the quality of scuba diving and snorkelling that you’d usually seek out in Southeast Asia. All this, while retaining the slow and relaxing pace of life that only a fairly remote island can.

For the paradise beaches

The crystal-blue waters of legendary Spiaggia Dei Conigli have seen the white-sand cove regularly named one of the best beaches in Europe. Tucked away from the road, meaning that the last couple of minutes to get there are on foot, this beach is a sea turtle nesting ground, so it’s off-limits at night during the summer. Other brilliant bays include the remote, cave-flanked Cala Pulcino, which is only reachable by hike, or the more accessible deckchair- and umbrella-covered Cala Croce.

To swim in crystalline waters at Tabaccara Bay 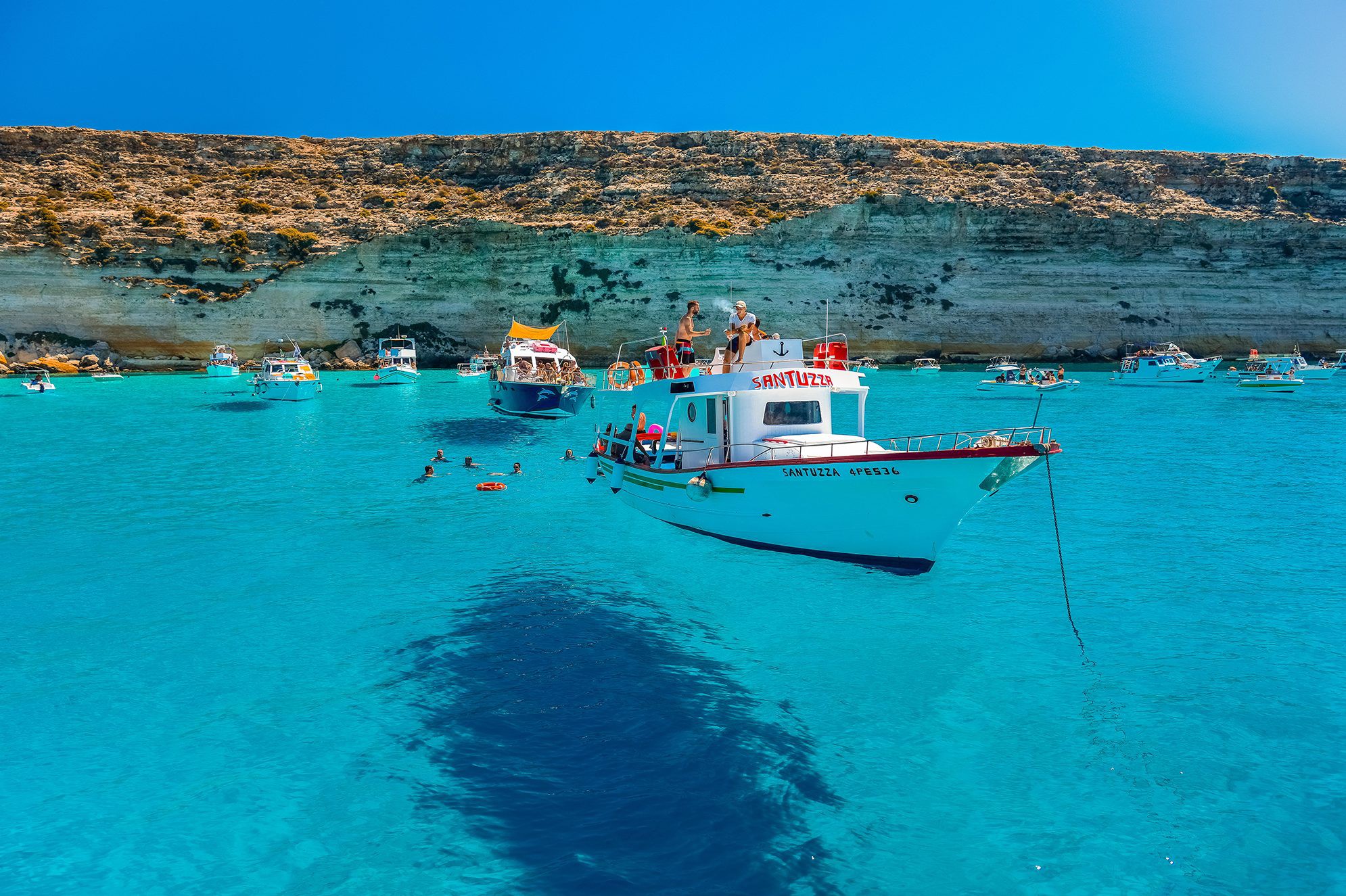 Tabaccara is the place to see Lampedusa’s unspoilt, turquoise waters at their best. This natural saltwater pool, in a rocky cove with a beach, is only accessible by boat – but you can hire one for the day from a number of local companies. The sea is so clear here that the boats look like they’re floating on air, if you get the camera angle just right. Bring a snorkel to get the best view of the sea life swimming underneath you.

You can help out the Lampedusa Turtle Group

The serene beaches of Lampedusa are breeding grounds for the endangered species of the sea turtle Caretta Caretta, who swim to the island between May and August. Unfortunately, it’s not uncommon for a turtle to get stuck in a fishing net and that’s where the Lampedusa Turtle Group steps in, rescuing and rehabilitating around 100 of these turtles each year. You can visit their centre or, on a longer stay, volunteer with their outreach program to help look after the turtles before they are carefully returned to sea.

The sunset from Capo Ponente is one of Italy’s best

Drive out to Capo Ponente, a dramatic, scalloped cliff-edge in the northwest of the island. Bring a picnic to this viewpoint, which is famously the best place in Lampedusa to watch the sunset, and gaze out over the sea, all the way to Tunisia in the distance.

Thanks to the impossibly clear water that encircles Lampedusa, it’s the perfect environment for observing life under the sea and a fantastic place for beginners to try their hand at snorkelling, as parrot fish, stingrays, dolphins and even grey reef sharks pass by. For more seasoned (and qualified) scuba divers, there are caves and almost tropical reefs to explore, bookable via diving companies on the island.

The seafood is unbeatable 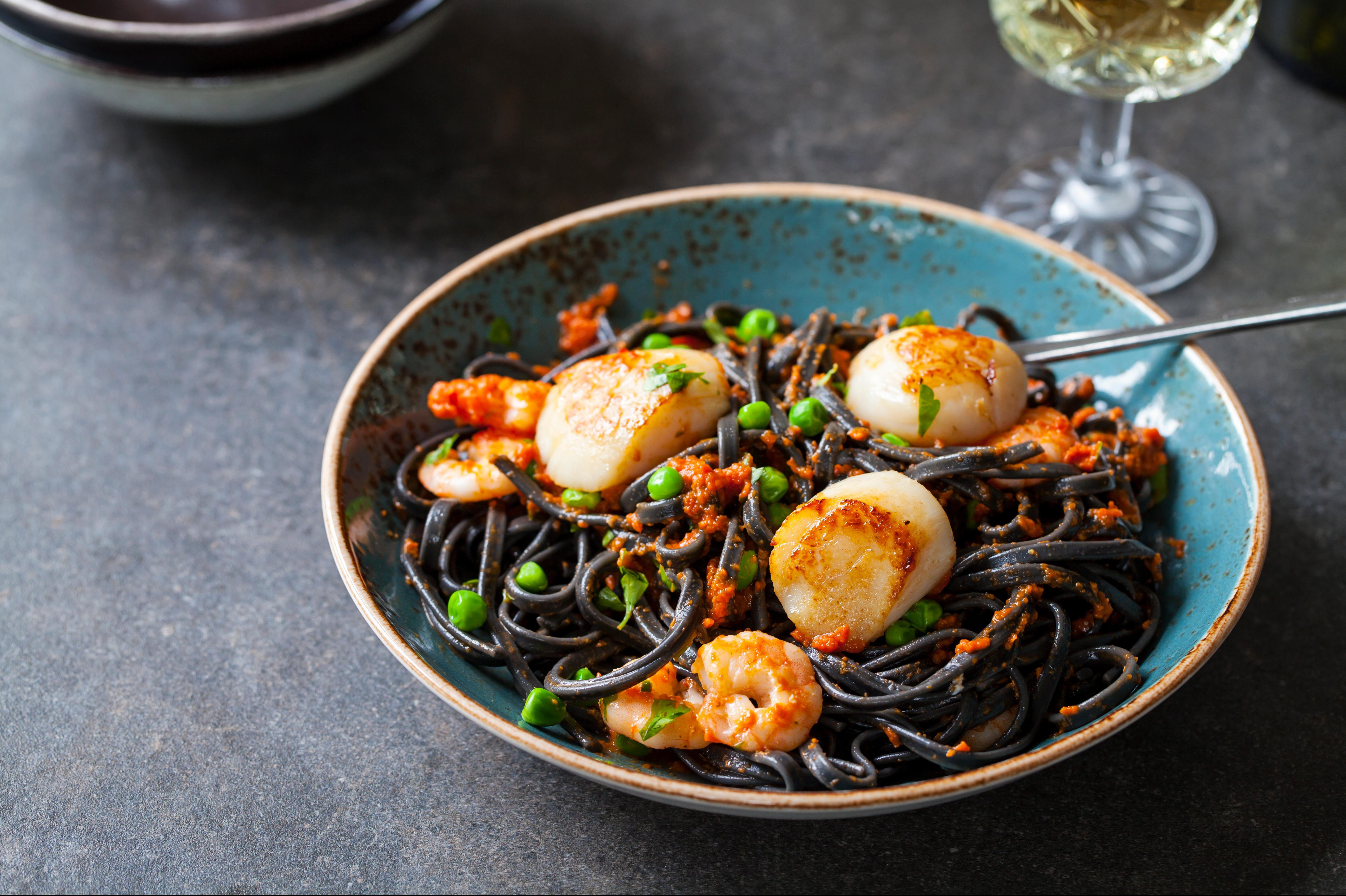 The culinary scene on Lampedusa is as Italian as it is in Rome, specialising in seafood options given the local fishermen’s busy daily schedule. After a long day in the sun, you’ll want to sit back on the terrace at Bar dell’Amicizia and nibble on their famous cannoli – fried-pastry tubes filled with sweetened ricotta cheese – with a spritz or two. For a sumptuous example of Italy’s Slow Food movement, head to Trattoria Terranova de Bernardo, just a little way out of town. The chefs celebrate local produce and traditional ways of cooking – and their squid ink pasta is life-changing.

You can zip around on a scooter

Lampedusa is an undeniably petite island but nevertheless, you might not want to walk much during the summer months in its North African climate. Hop on a hired scooter to access those secluded beaches and areas of natural beauty that a car is too cumbersome to reach while cooling off in the sea breeze at the same time. Just remember to apply sunscreen before driving off on your two-wheeler. 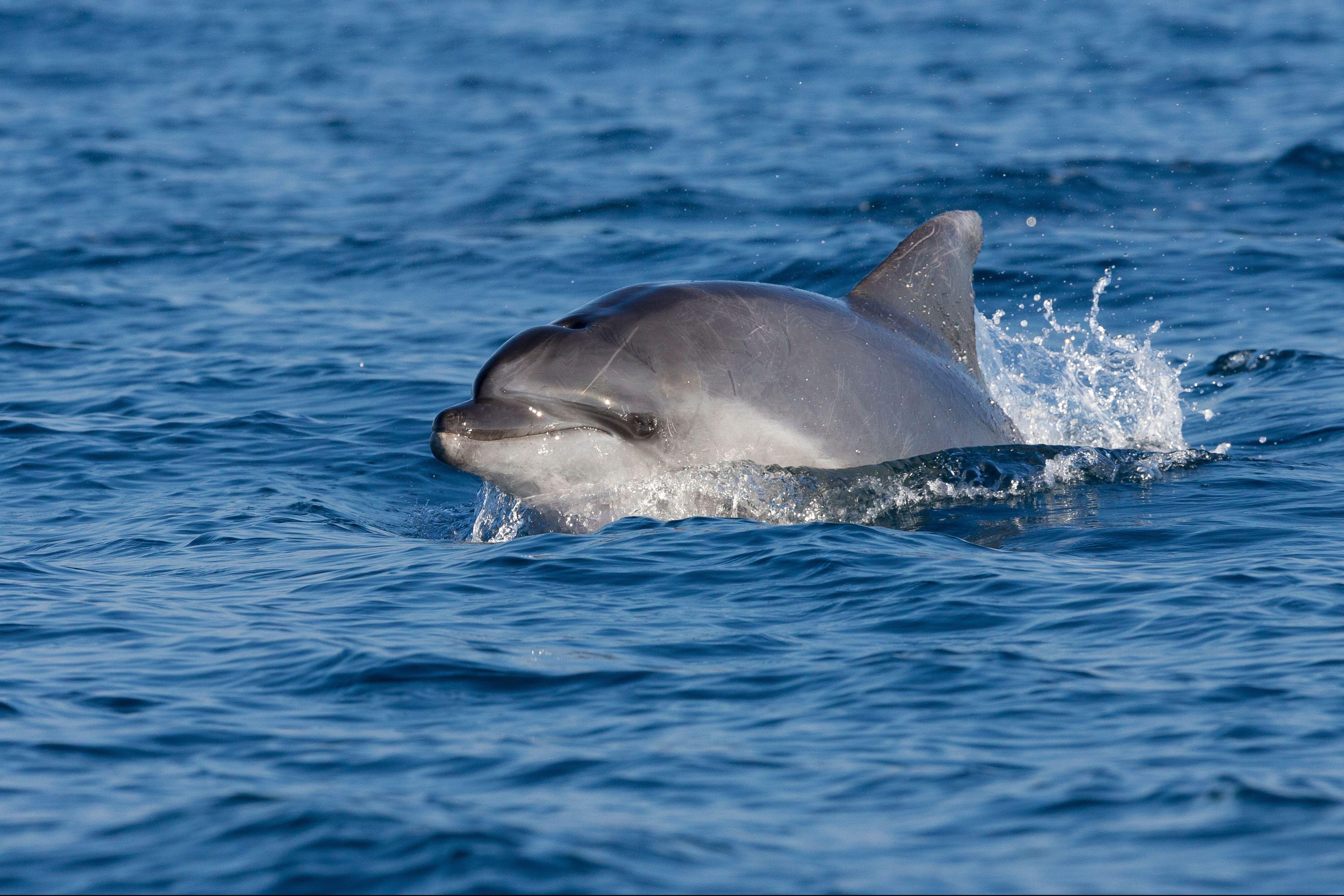 A solid fleet of boat companies is based around the two ports of Porto Nuovo and the neighbouring Porto Vecchio, which offers daily boat tours of varying lengths and prices. Be sure to ask how long the tour will be and state if you have any particular destination in mind, before embarking. Dolphin spotting tours are also abundant, so pack your binoculars and camera if that’s your goal of the day. Some boat operators even let you jump off the side to swim with dolphins, too. Magical.

Reasons Why You Should Explore Tuscany