Thanks mom! Cute polar bear cub hitches a lift from his mother in the Canadian wilderness

Sometimes little feet get tired and need a bit of help from mum – even if those little feet happen to belong to a polar bear.

So it’s lucky this particular mama bear was willing to be the cub’s ride for the day.

This adorable picture is just one of the photos captured by photographer David Jenkins, who spent 10 years capturing the bond between newborn and mother. 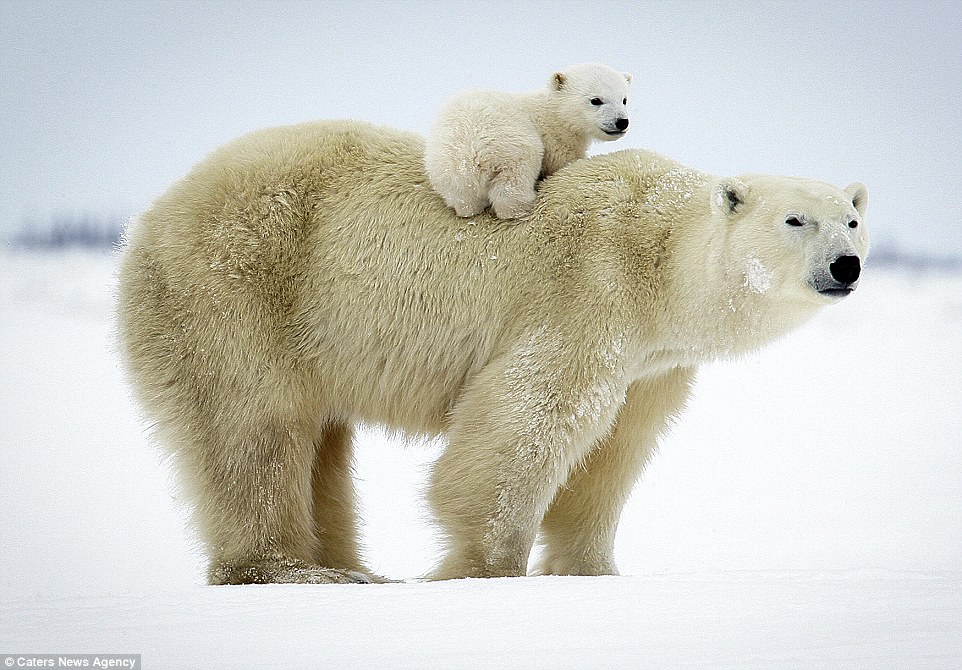 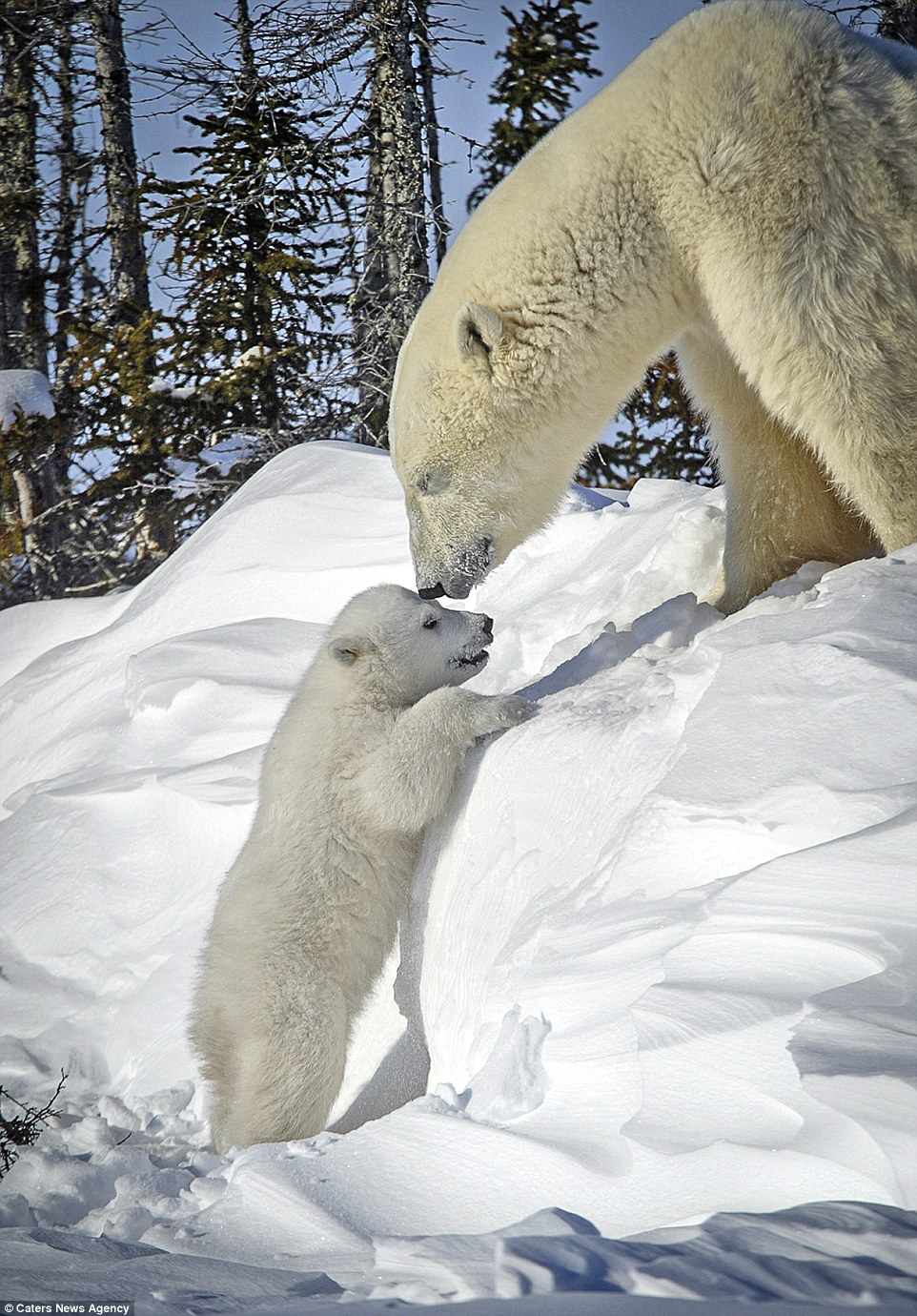 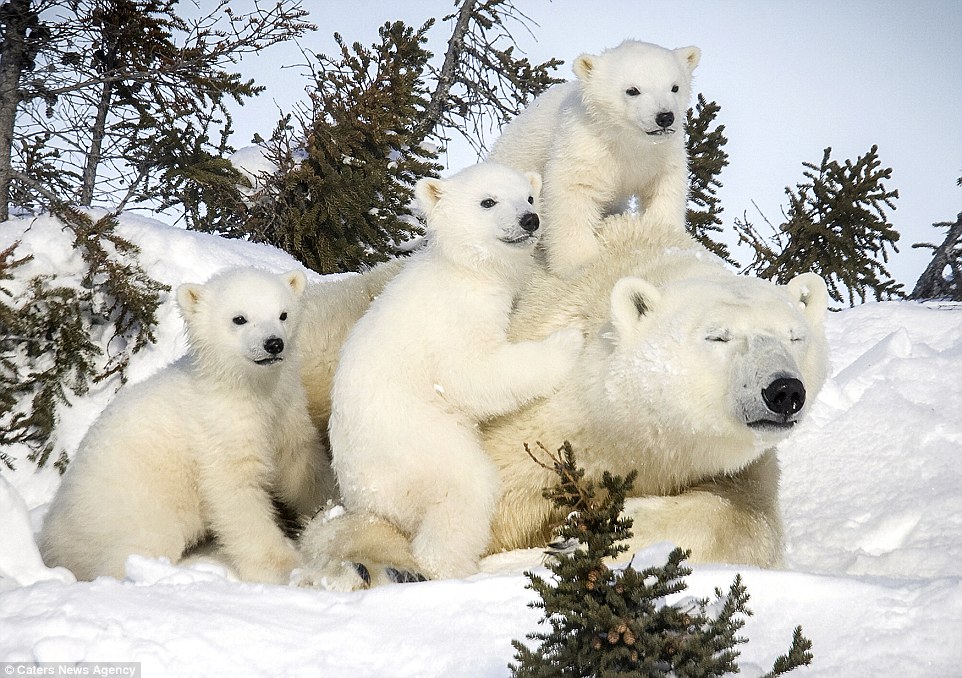 Mr Jenkins was able to take the amazing shots of the bears in Wapusk National Park’s ‘denning area’ – where the mother polar bear goes to give birth – after being awarded a special license, only available to the very best wildlife photographers.

The Irish photographer, 42, caught the youngsters exploring their snowy worlds for the first time as their watchful mothers looked on.

But if the experience wasn’t special enough, Mr Jenkins even managed to capture such magical moments as seeing a mother with three surviving cubs – a very rare occurrence. 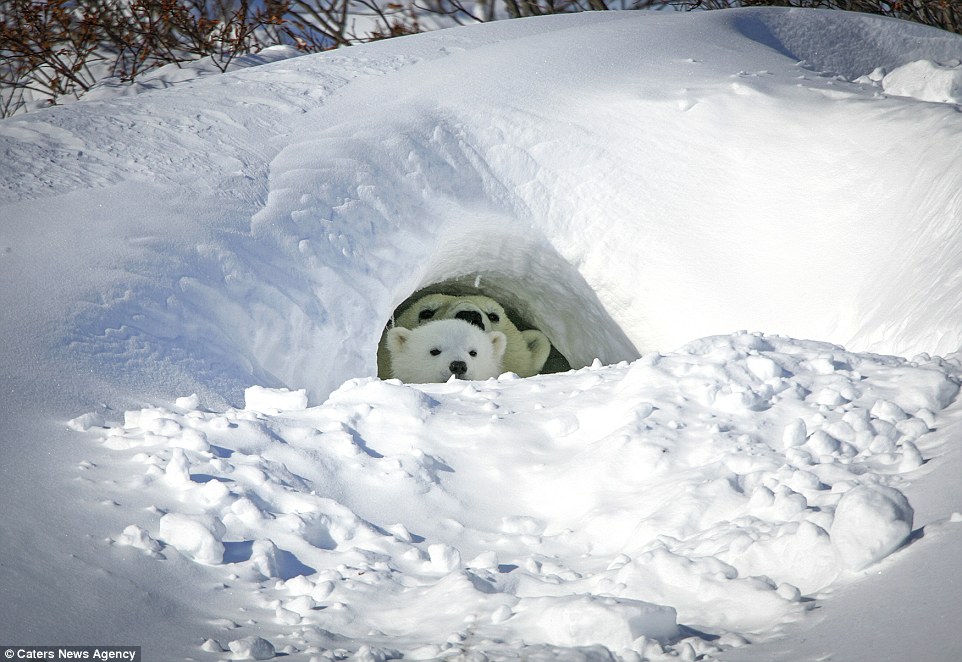 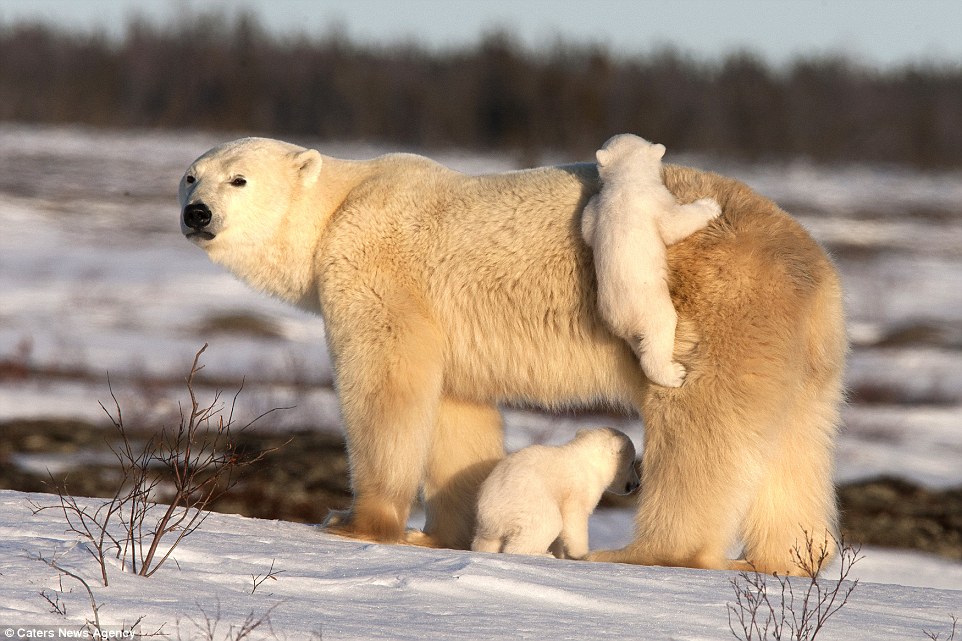 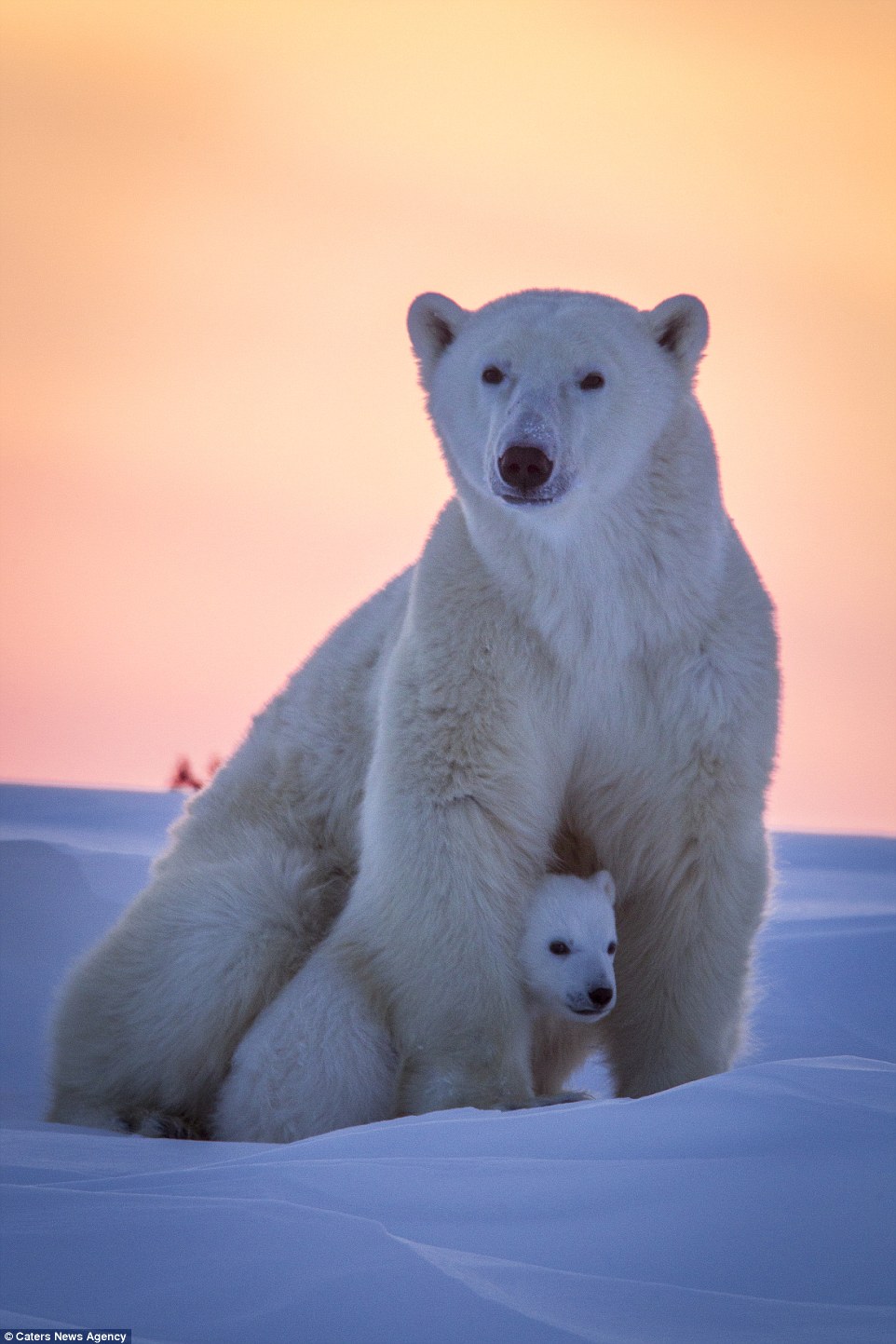 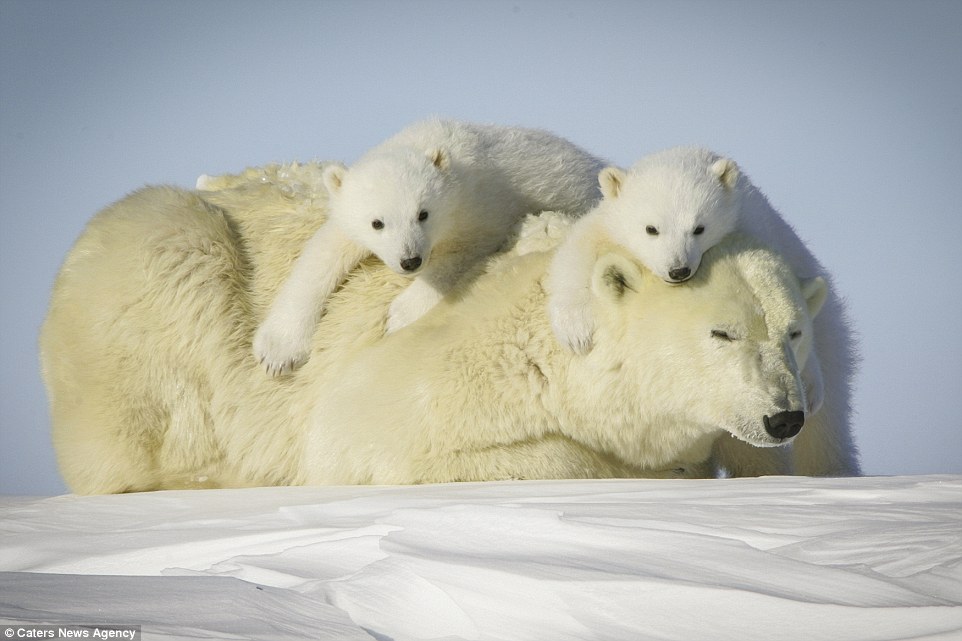 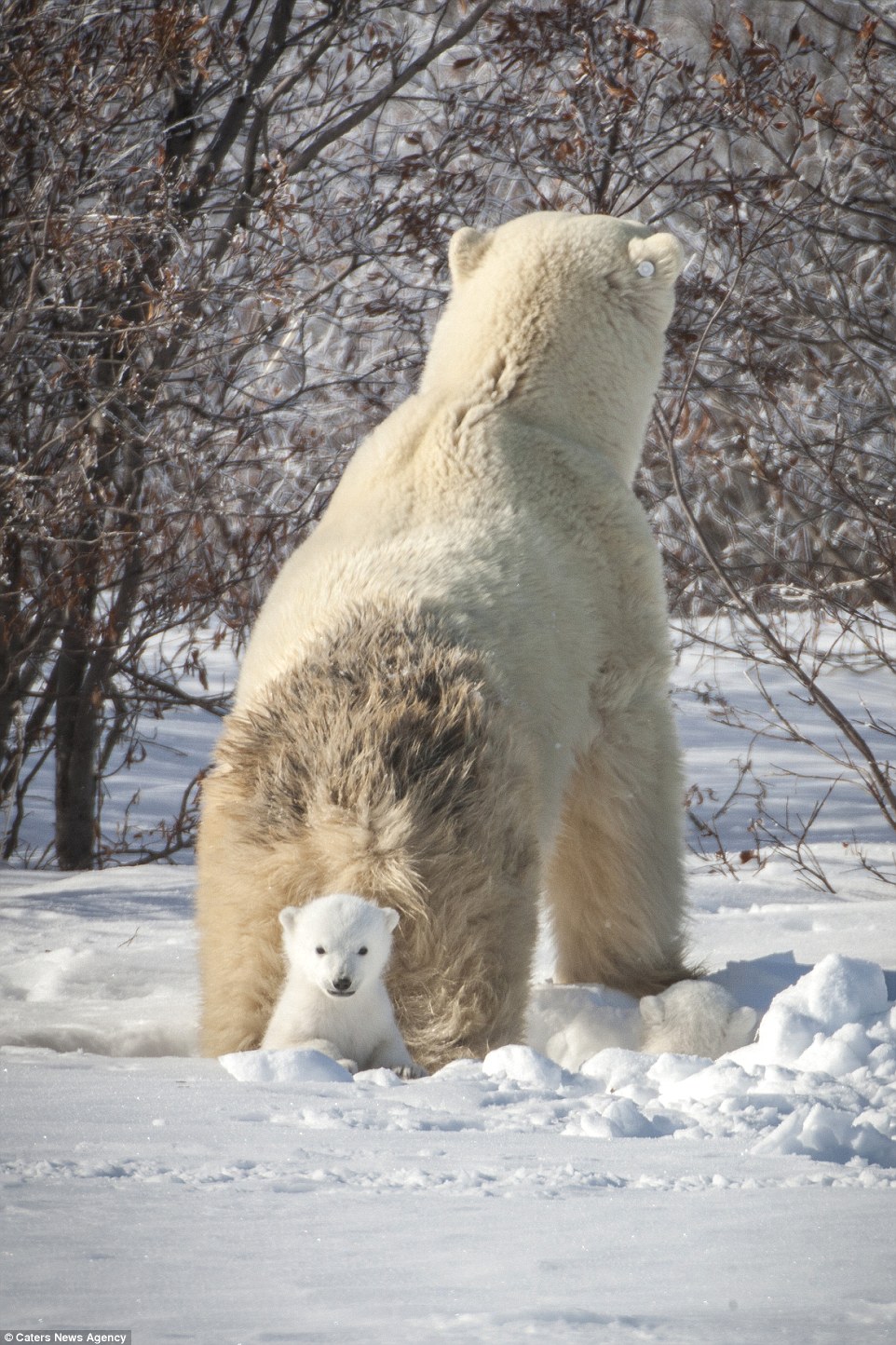 This mother doesn’t look too impressed with being photographed 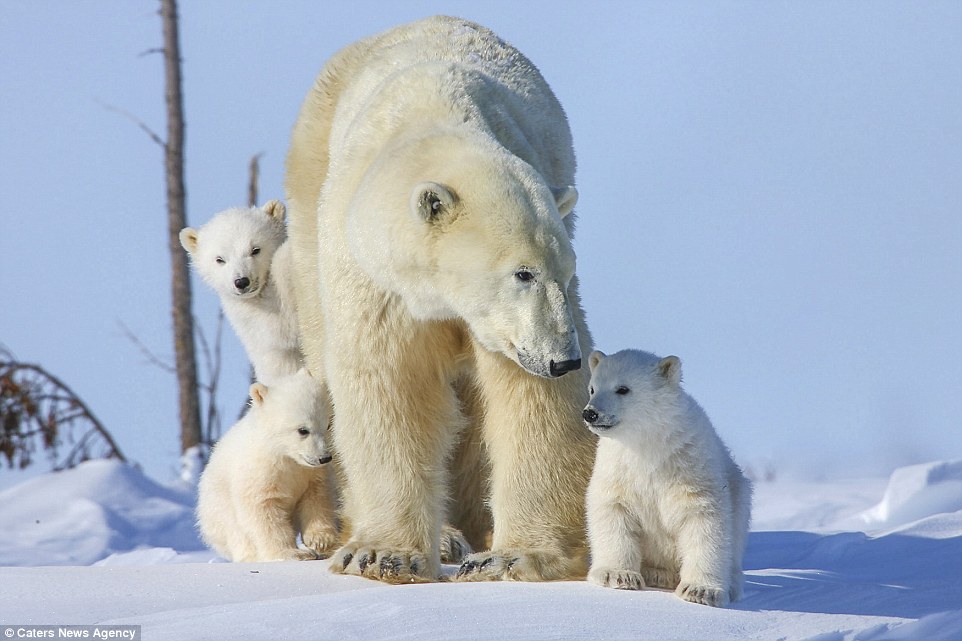 Three cubs are very rare for polar bears, who are more likely to have twins 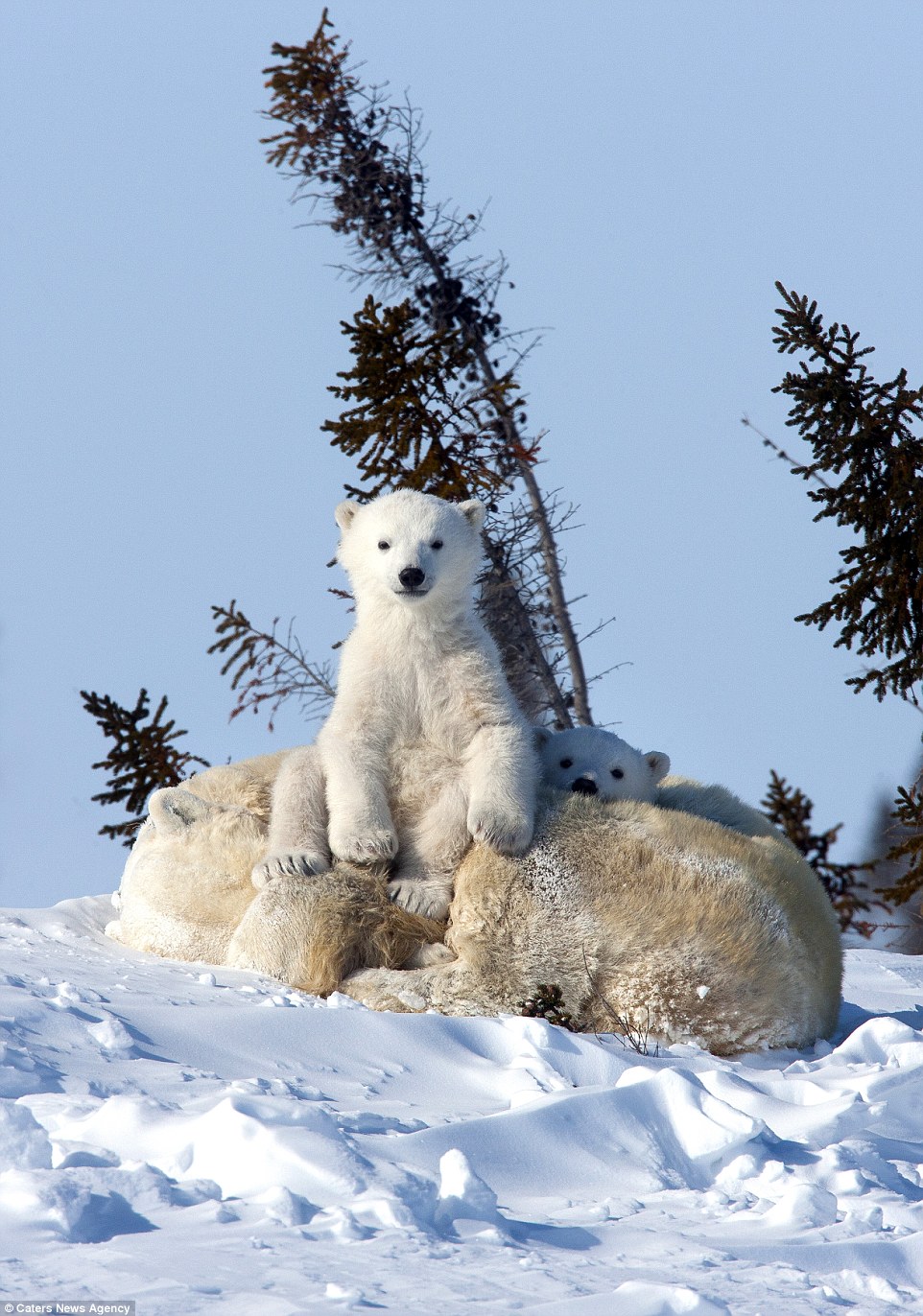 This cub appears to be using his mother as a sofa 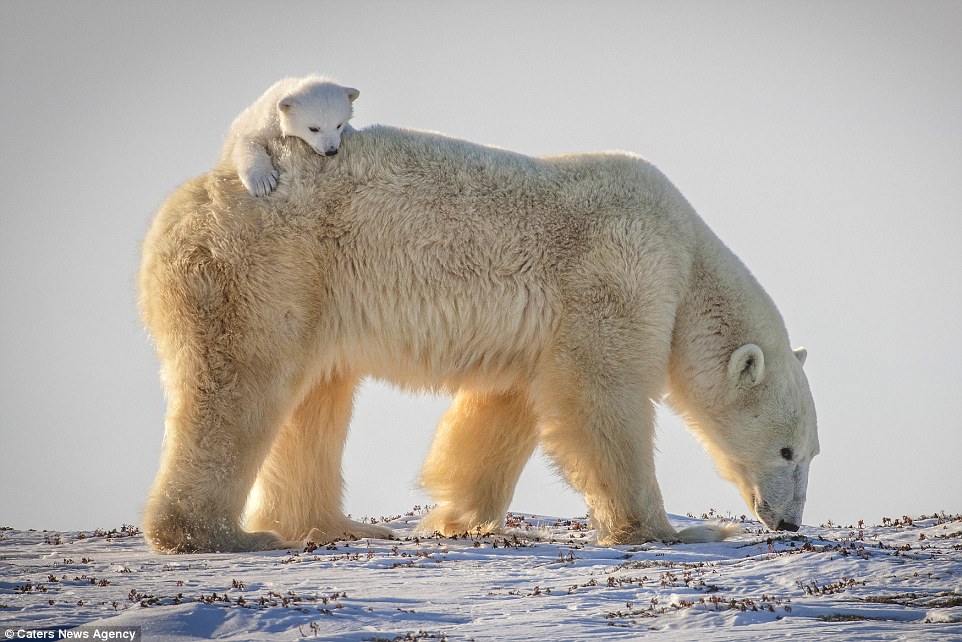 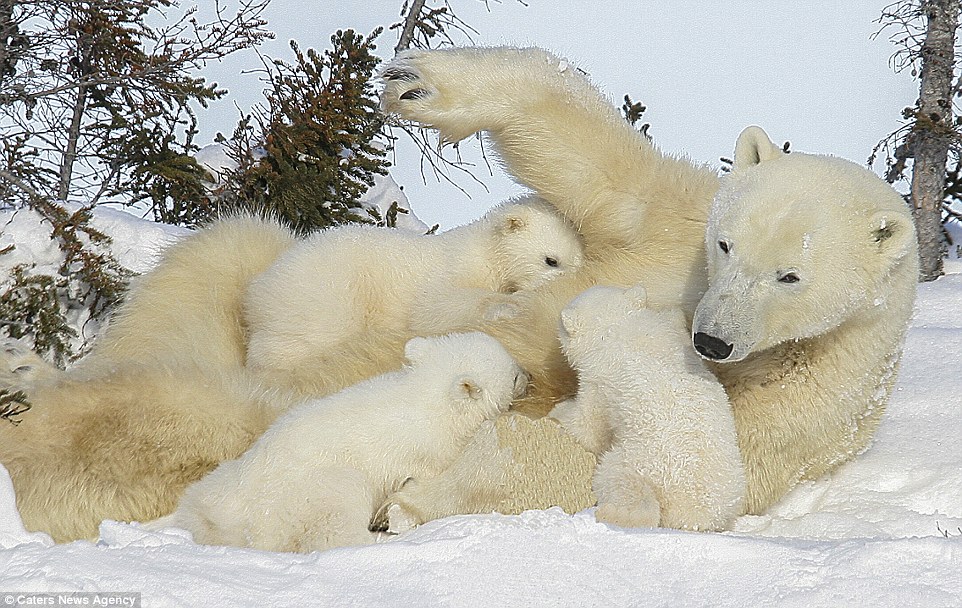 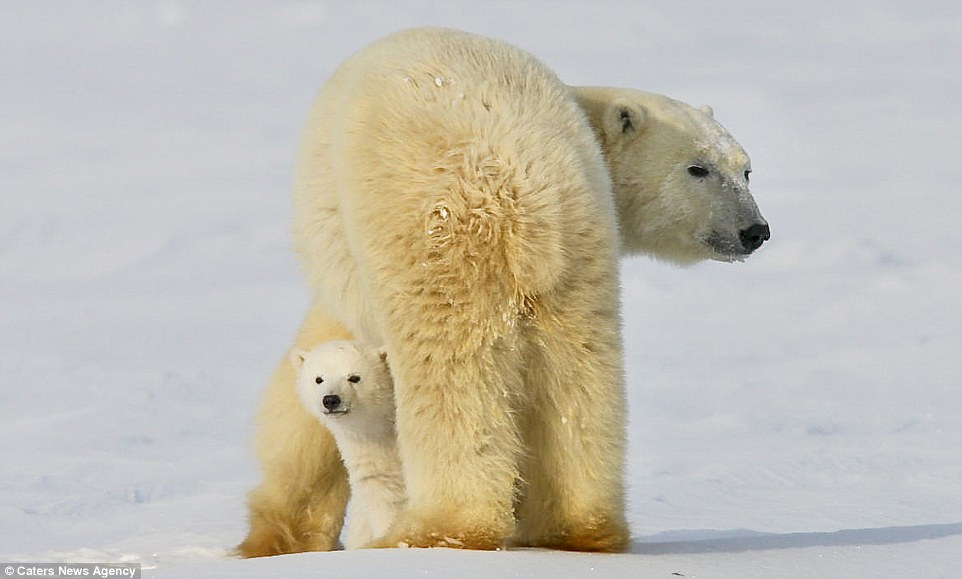 Polar bear cub peeks out from between mum’s legs 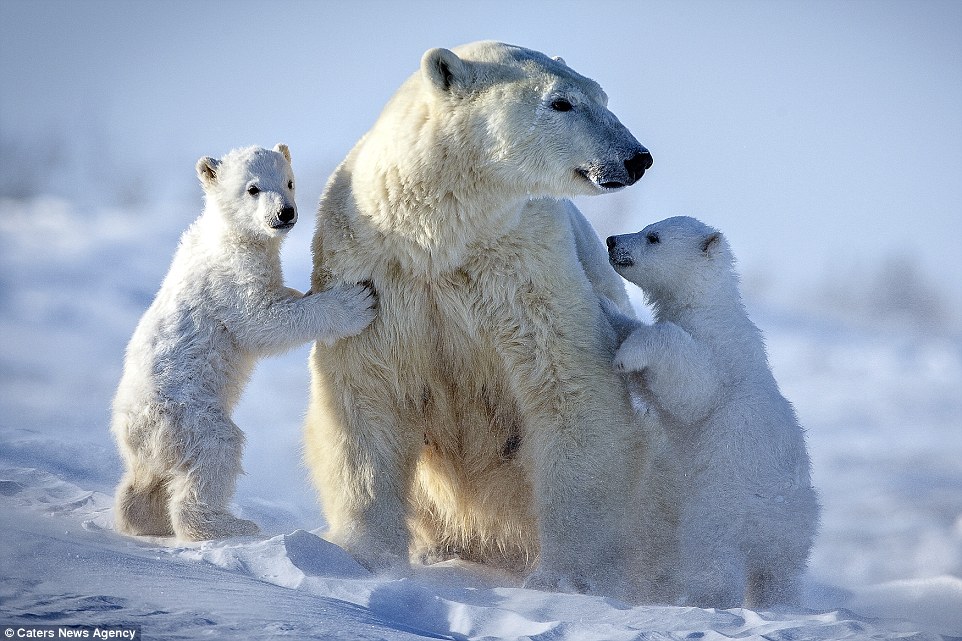 And these two seem to be vying for mum’s attention