The History of Australia and New Zealand’s Sweetest Rivalry, The Pavlova

Australia and New Zealand have always acted like siblings, arguing over sports, the nationality of Russell Crowe, and food, but there is no controversy bigger than this. The dispute over the origins of the Pavlova – an airy dessert made of a meringue shell that is topped with cream and fresh fruit – has been the countries longest-running dispute. We take a deeper look into the true origins of this well loved dessert.

Agreeing On A Name

The one aspect of this dispute that both countries can agree on is the origin of this favoured dessert’s name. Born in 1885, Anna Pavlova became an iconic Russian ballerina who was greatly admired across the world. During her time in fame, many chefs across the world named their dishes after her from the ‘Pavlova ice cream’ in America to the ‘frogs’ legs à la Pavlova’ in France – with the first found recipe of a glacé type of dessert known as ‘strawberries Pavlova’ found in Auckland, in 1911.

In 1926, Anna toured to both Australia and New Zealand where both have claimed different stories about creating a dish that was named after her. 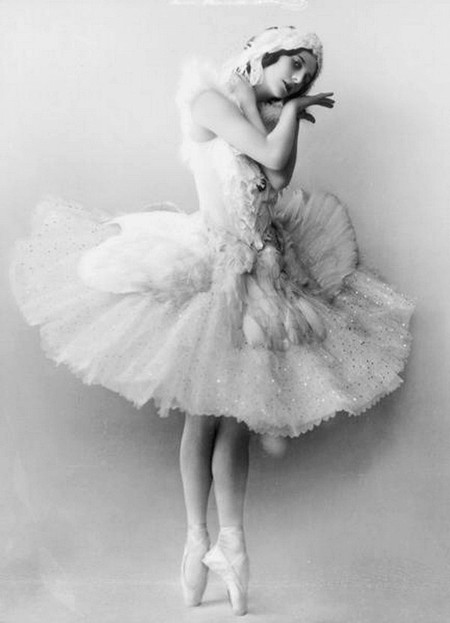 During Anna’s visit in 1929, a chef at the Wellington Hotel was said to be inspired by her tutu, creating this ‘billowy dessert’ in her honour. Featuring a meringue with marshmallowy-insides with cream and slices of kiwifruit on top, this dessert quickly became a popular choice. However, the first mention of the Pavlova appeared in a New Zealand cookbook in 1927, which actually had nothing to do with meringues, rather it was a recipe featuring several layers of jelly. Recipes of the iconic meringue Pavlova quickly followed this recipe, and despite appearing later, Kiwis believe any record of their recipe is proof enough that they created the Pavlova. 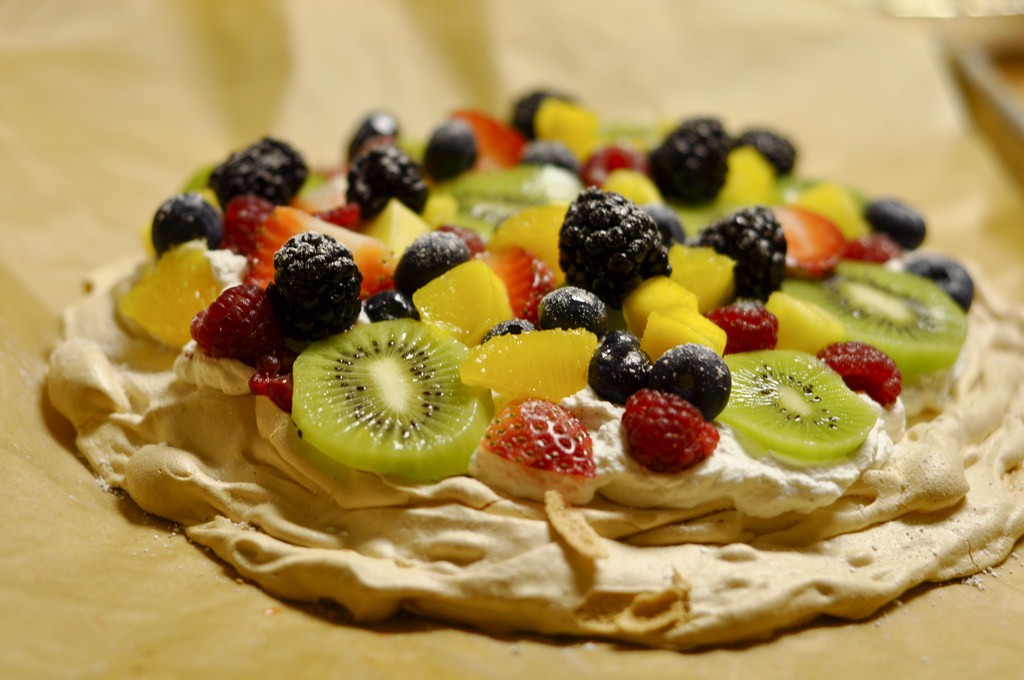 Whilst Kiwis have their own recipe, down under, the Pavlova has been named as quintessentially Australian, featuring a crunchier meringue with the classic topping of cream and passionfruit. Said to have been invented at a Perth hotel, the dessert was declared by a diner to be ‘as light as Pavlova’; as a result, the chef named the dessert, Pavlova. The earliest known Pavlova recipe published in Australia is dated 1926. With their chilled attitude, it is iconic for Aussies to claim that ‘even if New Zealand get credit for the name, an Aussie chef is responsible for inventing the Pavlova we know today’. 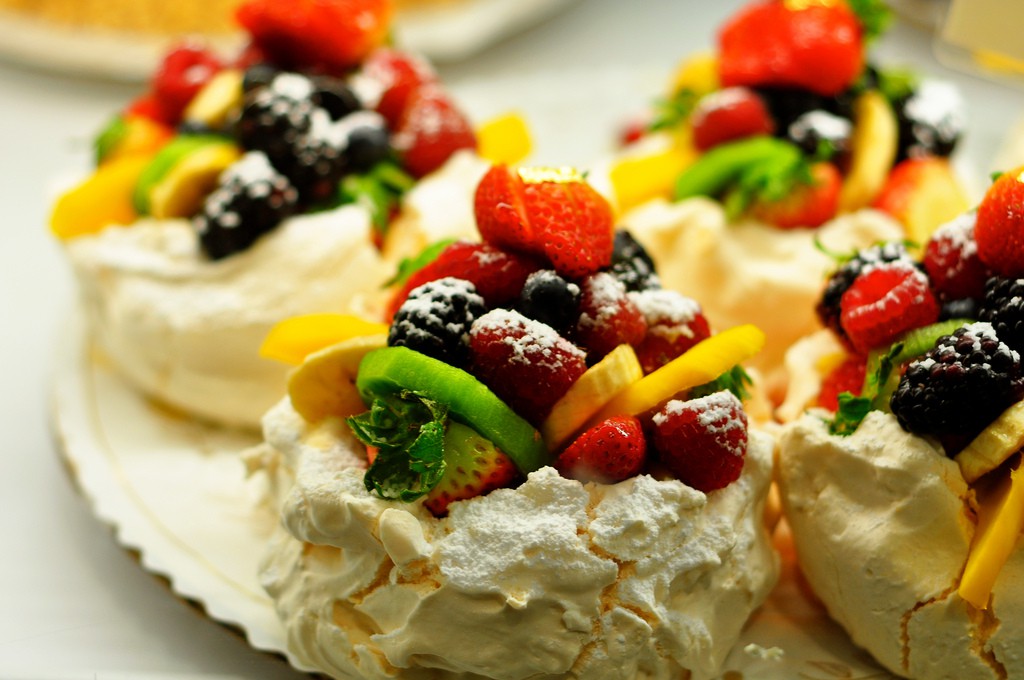 Is This The True Pavlova?

New Zealander Dr. Andrew Paul Wood and Australian Annabelle Utrecht spent two years researching the true origin of the Pavlova, spending up to 18 hours a day searching through over 20,000 newspapers and 10,000 cookbooks throughout the years. In their investigation, they found over 150 recipes for meringue-based cakes that all look similar to the Pavlova we know today, and all were published well before Anna arrived in the two countries in 1926. The first Pavlova-like recipe found in their investigation was a meringue, cream and fruit torte named Spanische Windtorte, eaten by Austrian Habsburgs in the 18th century. Similarly to this, they found torte recipes from Germany that were brought to the US by German immigrants – schaum torte translating to foam cake and baiser torte which is more commonly known today as Kiss Cake.

In the late 1800s, the hand-cranked egg beater was invented, resulting in many American housewives creating meringue more often. Resulting in the meringue craze, meringue recipes became highly popular due to the ease in creation. With roots now in both Germany and America, it is believed that the Pavlova recipe traveled to Australia and New Zealand on the back of exported American manufacturer William Duryeas’ Maizena (cornstarch boxes). 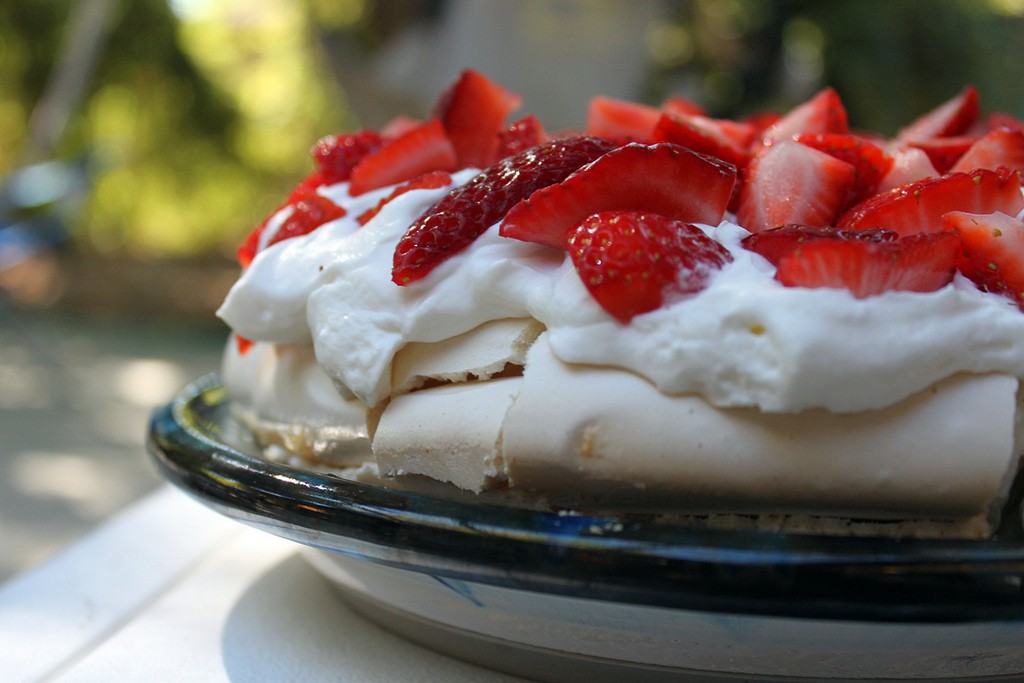 Despite neither Australia nor New Zealand actually birthing the Pavlova – credits to Germany’s torte that began to evolve in America, before heading down – both countries have become the lucky ones who are the guardians of this well-loved dessert. Unlike many other dishes named after Anna that did not make it past the era where the biggest star in the world was a ballerina, the Aussie and Kiwi Pavlova dishes continue to live on almost 100 years later.

Offering two unique approaches to the Pavlova, both countries have taken this dessert to heart, embedded in their cultures, and will never be removed from their national identities. 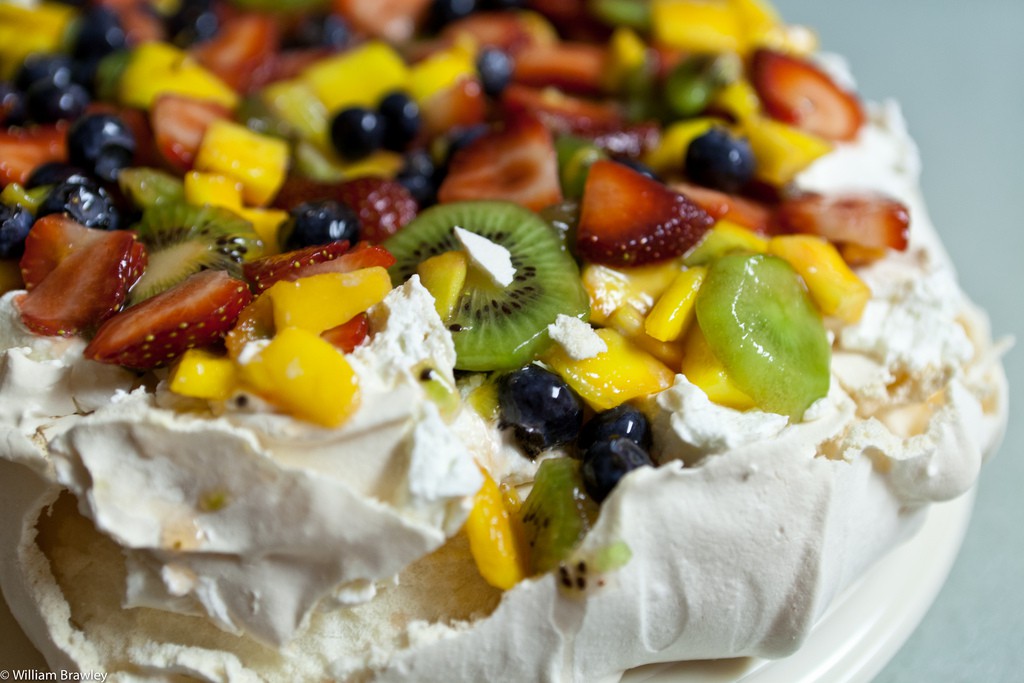 The Most Beautiful Spots in Christchurch, New Zealand

An Introduction to Māori Literature in 7 Books

14 New Zealand Travel Tips That Might Save Your Life

20 things you need to do in New Zealand