Why Do Birds Matter? The big question that Nat Geo is posing is “why do birds matter?”. For renowned biologist and conservationist Thomas Lovejoy, “if you take care of birds, you take care of most of the problems in the world”. But for others, it’s a little bit less ‘sciency’ and a little bit more intangible. Birds are poetry. They inspire emotion. Whether lying in bed and listening to the dawn chorus or watching a spray of swallows dive and swim dolphin-like in the sky. Birdlife South Africa lists over 800 species of bird that can be found in South Africa, including the ostrich, Cape Vulture, and stonechat… It’s an awful lot of birdlife to have in one country!

What makes an icon? 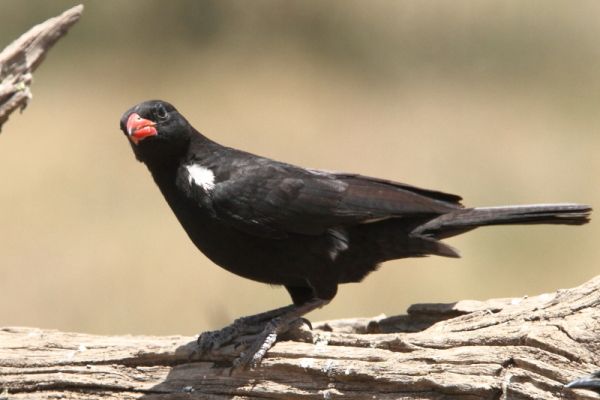 An icon is not always the biggest, the fastest, the flashiest, or the most pervasive. No, it is something more than that. An icon is something that captures the spirit of a time or the essence of a place. It’s different for everyone. So how do you compile a list of the most iconic birds in South Africa?

Well, we spoke to an expert. Arjun Amar from the Percy Fitzpatrick Institute of birds at the University of Cape Town is a raptor specialist. He has studied bird behavior all over the world from the Scottish Highlands and the English moors to islands in the South Pacific and the mountainous regions of South Africa. Luckily for us, Arjun now calls Cape Town his home. We caught up with him to make a short list of iconic species and after much deliberation came up with this list of…

Spend any time in South Africa and you are likely to come across this vivid, black and bright red little weaver. They are widely distributed throughout the region except for the Kalahari and are most commonly found close to water. They are social birds nesting in large communities in reed beds and males are polygamous with hareems of up to seven females.

The Red Bishop is a bright, brazen character that features on any road trip and forms a cornerstone of many South African memories. 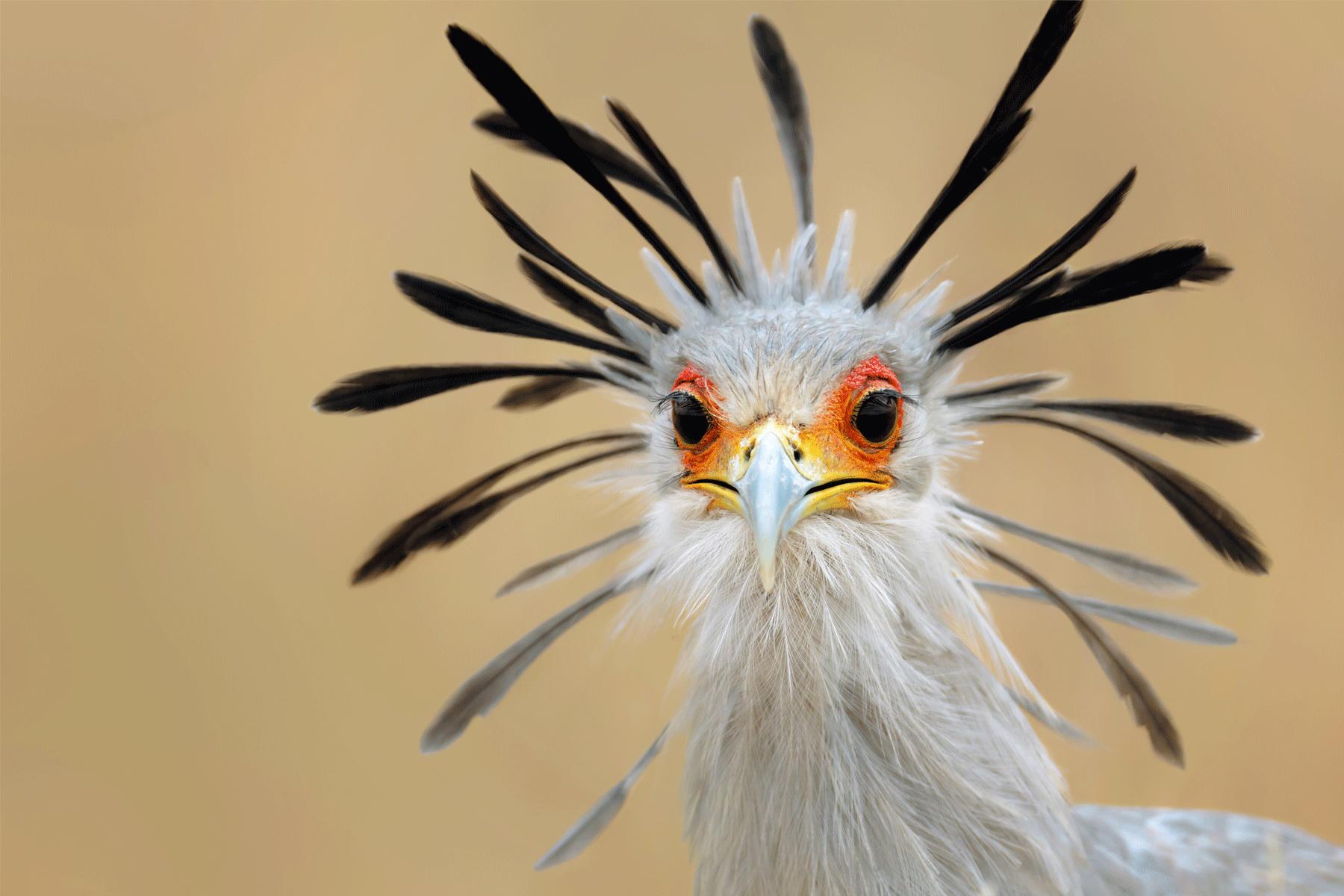 Another species occurring in all nine provinces, the Secretarybird is charismatic and unmistakable. Wearing what looks like black trousers, the Secretarybird is the only long-legged raptor. At over 4ft tall, the Secretarybird gets its name from the crest of long feathers that look like the quill pens that 19th-century office workers used to tuck behind their ears. Seeing a Secretarybird for the first time, moving through the bush in search of snakes and other reptiles, is thrilling! 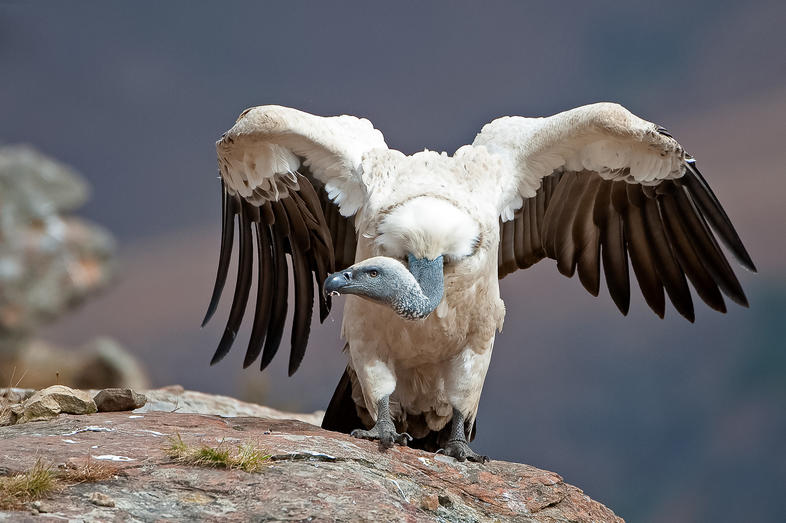 At over a meter in length, Cape Vultures are huge. I can remember hiking in the Drakensberg Mountains and being on eye-level with these magnificent birds as they caught the early morning thermals. It is Southern Africa’s only endemic vulture species, can live for over 30 years and, despite living in colonies of over a thousand birds, has only one breeding partner. They are unfortunately severely under threat and have been recently upgraded to the status of endangered.

This little bird is South Africa’s only endemic parrot. Its entire life and habit are linked to South Africa’s national tree, the Yellowwood. The parrot feeds on the fruit and nests in its branches and so, their fates are linked. As the habitat of the yellowwood has shrunk, so has the population of the Cape Parrot.

What is so amazing is that this little bird, through the efforts of the Cape Parrot Project, is bringing entire communities together. The project gets local communities to grow yellowwoods, which creates income and jobs for the purpose of reforestation. 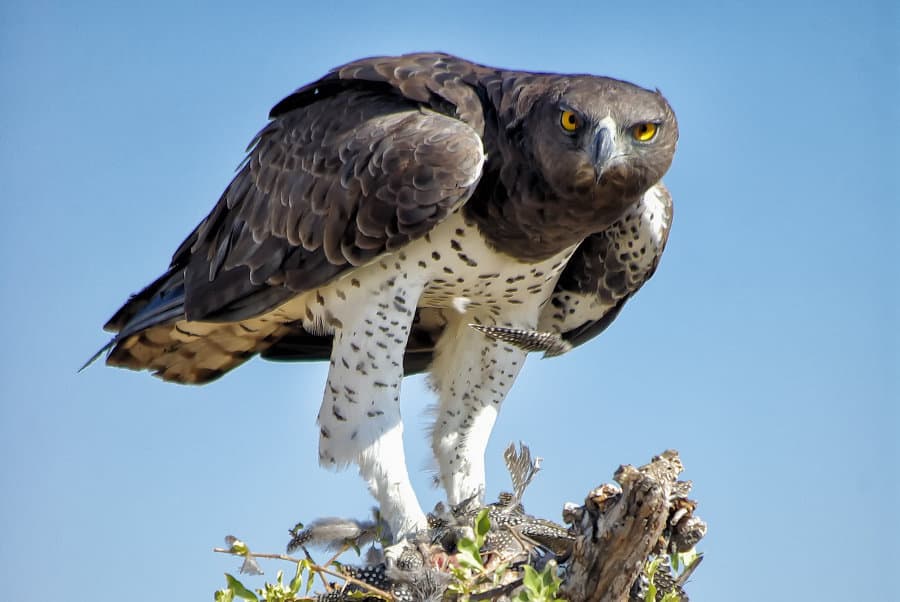 With a wingspan of almost 2.6 meters, the Martial Eagle is South Africa’s largest raptor. Its eyesight is so keen that it can spot potential prey from over 5km away. Add to this its powerful build, capable of lifting prey up to 8kg in weight, and you have a formidable predator. The Martial Eagle is widespread and yet uncommon being very shy of humans.